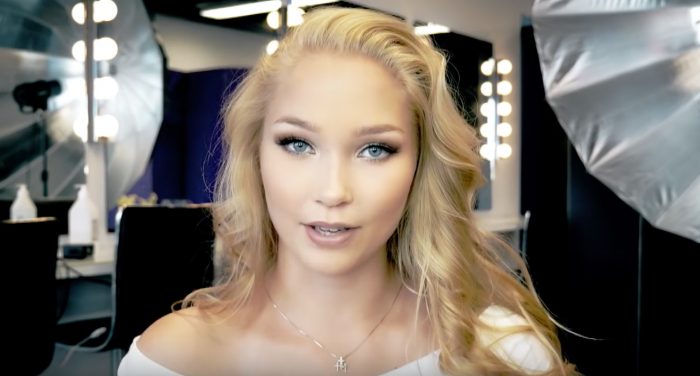 UPDATE: Arna Yr Jonsdottir, beauty queen has retrieved her passport and travels back home to Iceland tonight. The owners of the pageant demanded 3000 dollars for handing over the passport. “We had to fight to get my passport back. We needed two security guards and we almost had to summon the police” Jonsdottir says on her Snapchat account, where she has allowed people to follow her attempts to retrieve her passport. They kept her passport after she quitt the Miss Grand International contest in Las Vegas because of fat shaming from the owners.

“Technically they tried extortion, the threatened me by saying, you can get you passport back if you pay 3000 dollars” She adds that the security guards made it clear that they weren’t allowed to hold the passport hostage. She goes on to say that she is never going to pay the pageant’s owners for handing over her passport. “I have never been so nervous or feel as bad my whole life” she said. However she feels like she quit at the top of the world. “Im so happy now” she concludes. She’s just glad this madness is finally over and she’s now looking forward to going home.

Jonsdottir promptly left the contest, moved to another hotel and started getting ready to travel home from Las Vegas. The pageant’s owner however isn’t done with her. The pageant is holding on to Jonsdottir’s passport, refusing to give it back to her unless she comes to claim it her self according to a report by Visir.

“I’m going to get my passport, I’m going home and if they try anything further I’ll bury them, and I can do that” Jonsdottir says on her Snappchat. She goes on to say that they want her to pick it up in person, that they’re sure she’ll cave in if she meets them in person. “I can’t go anywhere if I don’t have my passport so I’m a bit nervous” Jonsdottir went on, but also reassured that she has people by her side to help retrieve her passport.

News outlets all over the world have covered the confrontation, Cosmopolitan writer loved Jonsdottir’s stand UK’s Metro reported and The Daily Beast, as well as a variety of media.