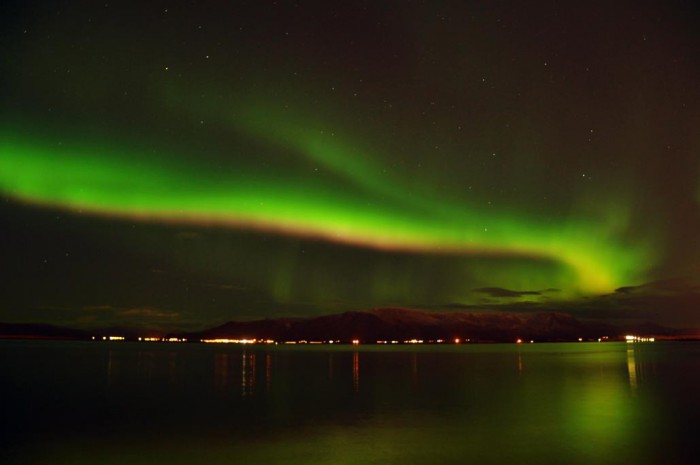 The condition for observing the illusive northern light has been particularly favorable for the last few days and the astronomy website published a video captured by Sævar Helgi Bragason & Snorri Þór Tryggvason, from last night showing the spectacle. The video is captured from Perlan [the Pearl], the dome shaped building on top of the water tanks in Öskjuhlid in Reykjavik.

The spectacle of the Aurora Borealis requires dark and partly clear skies and according to the Aurora forecast of the Icelandic Met Office  these days the situation for viewing has been particularly favorable and will continue to be like that, reaching a possible peak on Wednesday.

The star watching society of Seltjarnarnes says that the next couple of evenings are very promising. “We are passing a current of solar wind that will likely cause a surge in the northern lights for the remainder of the week”

Normally the autumn is the best time of year for aurora gazing. The altitude of the lights and the particles stimulated by the solar winds explain the color spectacle. The green color is caused by stimulated oxygen and the purple and red is caused by nitrogen in slightly lower altitude.