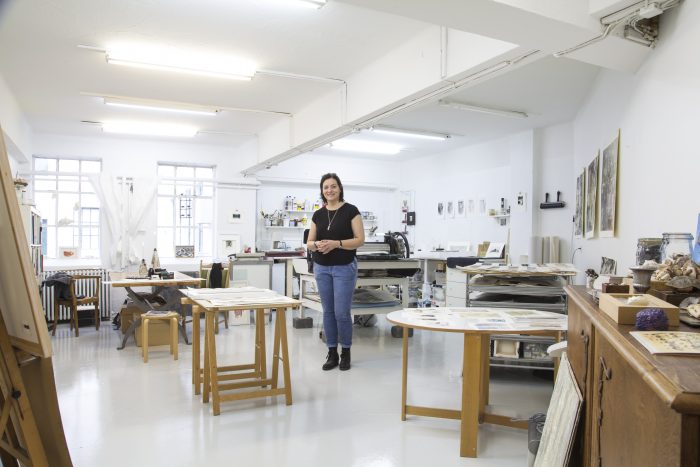 Throughout October artlovers are offered a unique opportunity to have a first hand encounter with Icelandic visual artists and their workspaces during The Days of Visual Arts; an effort by the Association of Icelandic Visual Artists (SÍM) to reinforce knowledge about visual art as a profession.

Throughout October artists will open their studios, receive the public and informally talk about their work. The SÍM studios on Seljavegur 32 will be open 22nd of October from 4pm-6pm, the studios also celebrate 10-year anniversary this year. In Korpulfstadir the studios will be open for public on October 1st from 1pm to 5pm. More studio buildings are set to open their doors to the public and further information can be found here. In icelandic but the dedicated ones can simply write an e-mail to the address provided at the bottom of the page and request information.

Snapchat – dagurmyndlistar
Icelandic visual artists will open a window to their daily life, for one week each, on Snapchat. The public can add them on snapchat via Snapchat- dagurmyndlistar – and get a glimpse on what the following artists are up to on a daily bases Egill Sæbjörnsson, Iceland’s next representative on the Venice Biennale, Habbý Ósk, Curver Thoroddsen and Ásdís Sif Gunnarsdóttir.

SÍM has fought valiantly to have the profession of visual arts recognised by Icelanders, who traditionally tend to think of artists as dabblers, or even, in worst case scenario; paradises in society, while its considered completely acceptable and even mandatory for visual artists to volunteer their work in public places. SÍM is making a landslide effort to change this view and this year the annual Days of Visual Arts, is dedicated that effort.