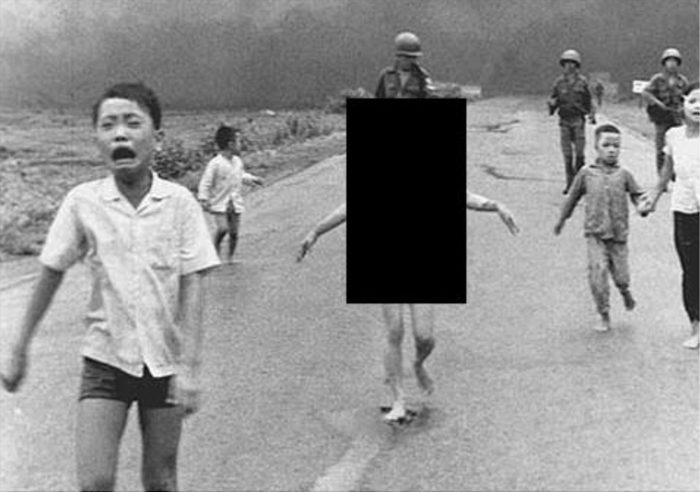 Norwegian people are furious at Facebook after a post from Aftenposten was removed because of a world-renowned image ‘napalm girl’ from the Vietnam war accompanying an article. Adding fuel to the fire, Facebook then proceed to delete a post by Norway’s Prime Minister Erna Solberg in which she used the same imagery. 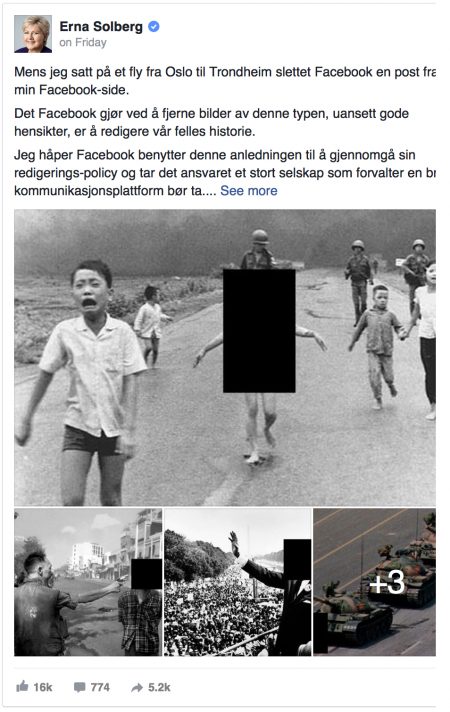 Facebook administrators have had a busy day today, removing posts from angry Norwegian Facebook users following the biggest newspaper of Norway publishing an open letter to Mark Zuckenberg, Facebook’s founder and CEO on its cover today. The image in question is the famous ‘napalm girl’ image of a nine-year-old girl who had removed her burning clothes after a napalm bomb had gone off in her village. The girl is seen running nude in the image, crying along side children running down the road, seemingly followed by soldiers. The nudity is the hot potato for Facebook and its motive for the censorship. This particular image was captured by Cong Huynh for AP News from The Associated Press and caught the world’s attention instantly, showing the vulnerability of children as causalities of war, it was elected image of the year in 1972 by World Press Photo and received the Pulitzer price in the same year.

It all started with author Tom Egeland posting war imagery that has become symbolic of war and suffering in people’s minds. The post was removed because of nudity and Norwegian’s reacted strongly, re-posting the photo en-mass, all of them swiftly removed by Facebook’s administration.

“Facebook has taken a wrong turn censoring imagery like that, and contributing to limitations of freedom of expression” Solberg wrote on her Facebook page this morning and soon enough, the post had received over a thousand “likes”. Solberg’s post was promptly removed.

Solberg maintains that she respects Facebook’s works in removing images showing violence and oppression. “Its important that we weigh in in combatting child abuse online.” With those words she published the image in question and at noon Facebook had removed the post. Solberg reposted the image, with the girl’s nudity hidden.