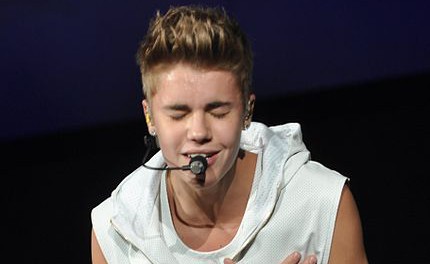 Justin Bieber arrived in Keflavik yesterday and tonight he will launch his Europe tour, taking off with a long awaited concert in Iceland at Korinn, in the town of Kopavogur on the outskirts of Reykjavik. More people are expected to attend the concert than the entire population of the Kopavogur municipality. The excitement among the youth of the island is mounting, in some cases becoming seemingly unbearable among the most dedicated fans, some of them already camping out on location since yesterday.

Chris Gratton started working with Bieber two years ago. He’s head of Worldwide Touring Scooter Braun Projects and production manager and tour designer for Justin Bieber. He told Frettabladid’s reporter that working with Bieber is truly unique “He might young, he’s only twenty-two, but he started in the business when he was fourteen, so he’s already a veteran in the field. He’s a great kid, he takes good care of himself, loves to work out, hike and he loves his skateboard”

There are 19.000 tickets available for each of the two concerts, making this event by far the largest concert event in Iceland ever. The tour will then go on Germany and then tour Europe. But why did they decide to launce the tour in Iceland, Fréttabldid’s reporter wonders. “The reason we selected Iceland is simply because Justin requested it. He was here last year shooting a video to the song “I’ll Show You” and he became enchanted with the country” Gratton explained. “He loves Iceland. It’s the only country he suggested, for the simple reason that he wanted to play here.

Newer PostIceland is becoming too expensive for it´s own good
Older PostWild-girl Life, gets her name approved