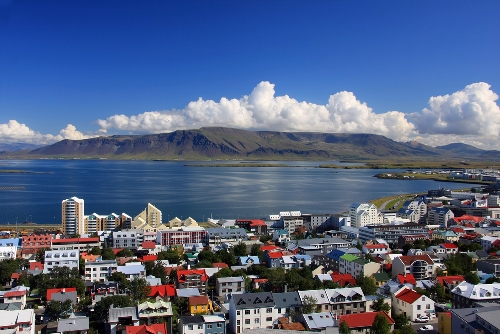 Reykjavik came to life in a spectacular way last night when it celebrated its 21st culture night. This year was a reccordbraking turnout for the daylong festivities of art, music and culture finalized with an impressive firework bonanza organized by the scout rescue squat. An estimated just under 200.000 people made their way to the center of Reykjavík to celebrate culture on a beautiful mild day and evening yesterday according to Reykjavík City, Morgunbladid reports. The area of festivities was enlarged this year and reached all the way to the harbor by Grandi, which seemed to have been well appreciated. Hljomskalagardur park was filled with events from morning to night; all together around 300 events adorned the city yesterday.

According to the police, the attendance was an even and steady stream of visitors throughout, and from noon and over the whole night. Traffic went smoothly away from the center right after the firework display ended around midnight. The mood was cheerful happy and people showed apparent appreciation for being able to walk in the center without thinking about car traffic which was temporarily directed away from the center.

Culture Night is a permanent fixture in the annual calendar of events in Reykjavik and marks the start of the city’s cultural year, when museums and theatres and other cultural institutions launch their annual program. According to Reykjavik city website, the main objective of Culture Night is to encourage participants to deliver a diverse and rich offering of cultural events with a taste of something for everyone and a few surprises too! Culture Night remains the biggest and most popular festival in Iceland. The program offers a cross-section of all things culture, with a host of events ranging from musical performances to exhibitions of art and architecture, all delivered by the city’s budding talent. All festival events are offered free of charge.