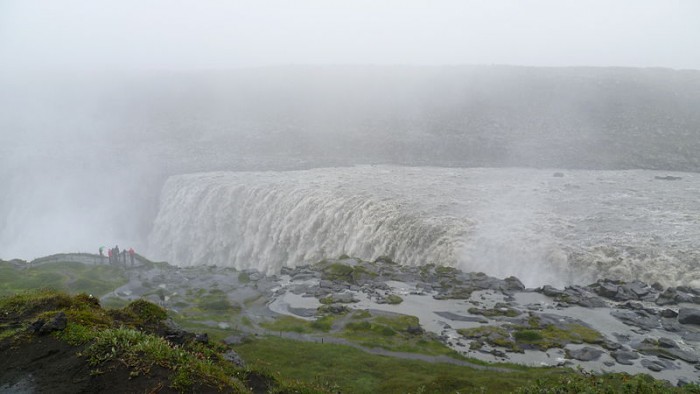 Park rangers in the north of Vatanjökull Glacier Park have banned the use of drones in the area. Drones have been popular in nature photography of late and videos made by drones are a trend as well. Park rangers say that by banning the drones they are first and foremost thinking about protecting nature.

“Drones are banned for the sake of wildlife and out of consideration to other guests” signs in the area explain, according to a report by Vísir. The signs have been installed in a few popular sightseeing places like Dettifoss waterfall, Ásbyrgi and in selected areas in Jökulsárgljúfur canyons. Gudmundur Ogmundsson ranger says the decision was made this summer for the simple reason of nature conservation.

“We are first and foremost protecting the falcon´s habitat” Ogmundsson told Vísir’s reporter. He explained that drones are known to have a negative impact on falcons, a monogamous bird which breed and incubate their eggs in the same territory each year. Apart from protecting the nature, the ban also protects guests, who are no longer in danger of being hit on the head by a drone. Drones are becoming increasingly popular. “The use of drones is increasing and we have to step in before it becomes a real problem” Ogmundsson explains, and adds that most people are grateful for the ban; drones are loud and disturbing in the serine nature. Park rangers have received several complains about them.

The ban has exceptions; you can apply to use drones, if it’s for scientific purposes. Filmmakers have also been granted exception when filming in Jökulsárgljúfur canyons and by Dettifoss waterfall under special conditions.