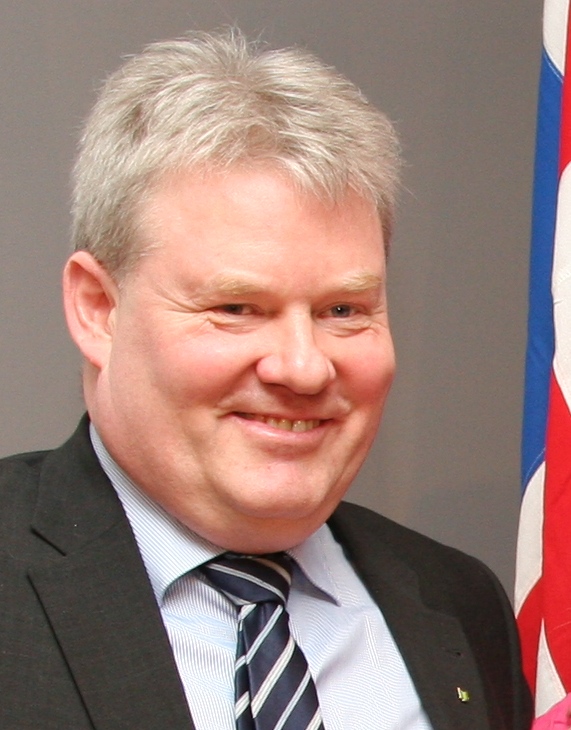 Bloomberg reporter interviewed Iceland’s Prime Minister Sigurdur Ingi Johannsson, who struck a defiant tone as he brushed aside claims by U.S. based funds that his island had defaulted on sovereign claims.

“We’re not afraid of that,” he told Bloomberg.

Eaton Vance and Autonomy Capital have filed a complaint with the European Free Trade Association and have asked a Reykjavik court examine whether the terms of a debt settlement, in which investors were forced to accept a 40 percent haircut on the krona, amounted to a sovereign default.

“We’ve looked into this thoroughly, both the government and the central bank,” Johannsson said in an interview on Tuesday at his office in Reykjavik. “We’ll deal with these lawsuits in the appropriate manner.”

The transactions in question marked the last major step toward disentangling foreign investors caught in capital controls imposed in 2008 after Iceland’s financial meltdown. The government is proceeding with its efforts to remove the controls despite the threat of legal action.

Johannsson, 54, said the country will in the “coming days” present further steps to ease restrictions for companies and individuals. That will happen as parliament resumes and the government prepares to call elections this fall.

Johannsson became premier in April after Sigmundur David Gunnlaugsson was forced out amid a furor over his wife’s offshore accounts, which were revealed in the so-called Panama Papers. His administration has promised that elections will be held as soon as September. Johannsson said the goal is to remove the final hurdles blocking an exit from capital controls before sending voters to the polls.

The government has over the summer prepared “large steps,” on easing krona restrictions, Johannsson said.

“Individuals probably don’t experience the capital controls too much, aside from when they are getting foreign exchange for trips abroad,” he said. “But there are certain limitations, which we’ll likely now see the back of. We’ll also be taking large steps for businesses. We’ll probably lift them in stages and the final result hasn’t been fully completed, but it will be introduced once it’s ready in the coming days.”

Johannsson also wants to do more to cut government debt, in part by selling stakes in the banks it took control of in 2008. Money will be used on health care, education and to build up infrastructure to cater to the growing number of tourists that come to the island, he said.

“What remains is the restructuring of the financial sector,” he said. “The Treasury now controls two of the three largest lenders and it’s the project of politicians in the coming months and years to outline how we should proceed.”

The stability that will come from eased capital controls should lead to lower interest rates for the country, he said. Iceland’s benchmark rate is 5.75 percent, a record high in western Europe. The bank has been raising rates to contain inflation as wages have risen and the economy expands at a pace of more than 4 percent a year.

While noting the central bank’s independence, Johannsson questioned the need for such higher interest rates.

“Whether it’s some sort of principle that Iceland has interest rates that are 2 to 3 percentage points higher than one would think is necessary,” he said. “I expect the central bank can answer this question with good reason.”

Whether Johannsson will be around as prime minister for much longer to fret over high borrowing costs is doubtful when looking at the polls. His Progressive Party only has backing of 8.3 percent while his coalition partner, the Independence Party, has support of 24 percent, according to an MMR poll published July 25. Leading is the upstart Pirate Party, which has support of 26.8 percent.

“The date will depend on the projects ahead,” he said on when Icelanders will head to the polls. “Once the matters that we have put in the forefront have been completed, we’ll call for elections.”

Disability in Finland: State-owned business to people with disabilities