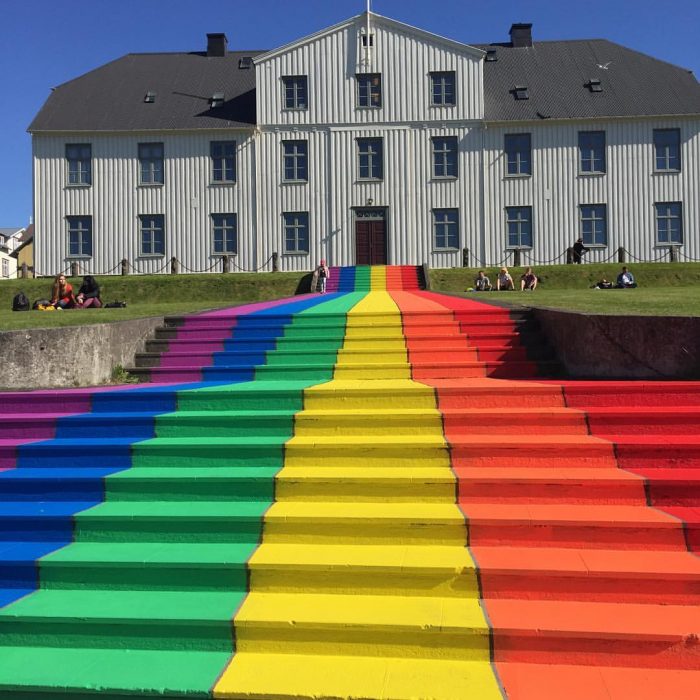 Reykjavik celebrates gay pride with gusto from 2nd -7th august with an array of colourful entertainment all over the city. The theme for the 2016 festival is ‘Our History’ – the history of queer people – and the program, as well as the interviews and articles in the Reykjavik Pride Magazine, focus on various aspects of the theme and reminds that queer history is vast, complicated and varied. The festival program aims to give a tiny insight into this history and encourage the public to take a closer look at LGBTQI history in the community.

The pride parade is the main event of the festival and it’s getting bigger and more elaborate each year. The Parade takes place on Saturday, 6th August at 2pm from Vatnsmýrarvegur to Arnarhóll. When the parade starts from Vatsmýravegur the march goes on to Sóleyjargata, Fríkirkjuvegur by the pond and on to Lækjargata finally passing the stage by Arnarhóll, where the concerts and festivities take place.

Reykjavik gay pride was officially launched yesterday by painting the steps of one of the oldest educational institution in Reykjavik, The old Latin school, MR, Reykjavik Gymnasium which is the scene of one of the oldest known gay love story in Reykjavik. Featured image shows the freshly painted steps of the school. The photo is taken of Facebook and credit belongs to Gunnar Hersveinn.