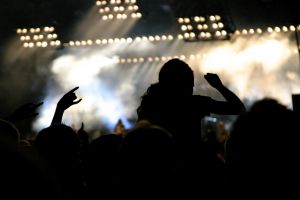 Iceland is known for nature, the volcanoes and the hidden people but that’s not all, a remarkable amount of popular music manages to reach a global audience from the scarcely populated island

and many wonder why, what’s so special about Iceland that produces fertile ground for creativity in popular music.

The Icelandic Academy of the Arts and the University of Iceland organized the first conference in Iceland revolving around research about Popular Music. International and local researchers and scholars gave talks with keynote speaker Dr Nick Prior, Head of Subject at the University of Edinburgh, currently working on a book: Popular Music, Technology and Society (Sage), which aims to move social science-based scholarship on pop music into contemporary territories shaped by globalized, digitalized, networked relations. The talk was titled Popular Music Scenes: Spatiality, Sociality and Circulation.

The talks from Iceland were Popular Music research in Iceland by Arnar Eggert Thoroddsen, Sounds Icelandic?: Popular Music, Place and Identity by Þorbjörg Daphne Hall, Collaborative Circles: The Case of Icelandic Popular Music by Viðar Halldórsson and From Turf to Techno: Historian´s Venture into Contemporary Popular Music by Dr. Davíð Ólafsson. International participants were Dr. Áine Mangaoang with Mapping Popular Music: A Dublin Case Study and Emily Baker with Age in the age of Auto tune: The (re)construction of Aretha Franklin, both from the university of Liverpool.

The Keynote talk revolved around the Icelandic scene, scenes in general their definitions and the speculated ground they stem from. Prior suggested that the concept of a scene needed further elaboration; neither the weather nor nature was enough grounds for the development of a music scene, as many reporters like to uphold; the midnight sun or the long nights in winter are often sited as the obvious inspiration for creativeness. This can be seen in the vocabulary used to describe Icelandic music with words like „glacial“ or „eruptive“ Prior suggested that other factors needed to be looked at when defining the scene and explaining the creativity like spatiality, sociality and circulation.

Iceland is on the “map” where music is concerned, travelers come to see the music scene and expect a certain atmosphere, they look for an authentic and “hip” experience for example in the music festival Airwaives and they want to see emerging bands that are not yet famous, seeking the grassroots of the scene. Prior warned that with success comes risk, the success can be the downfall of the scene. With tourism growing, hotels multiplying and rising rents the scene can easily get damaged. He warned about the expectations and the danger of typecasting of Icelandic music. He suggested that the key might be to not have to high expectations towards new bands, to let them develop and blossom. „He suggested that maybe it would not be such a bad idea if no bands emerge from Iceland in the next few years, that there might be a certain glut on the market and it needed a rest.