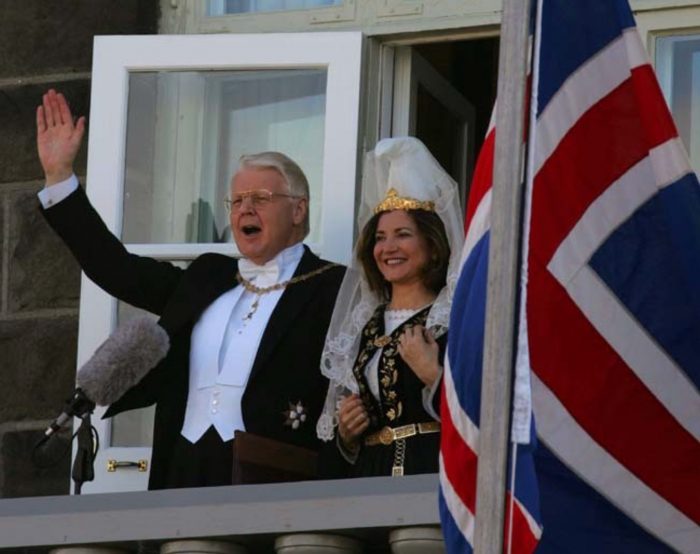 While the president of Iceland, Ólafur Ragnar Grímsson explicitly expressed to CNN viewers that neither he nor his wife, Dorrit Moussaieff, have any connection to offshore accounts, Icelandic media outlets Grapevine and Kjarninn released documents today that show this to be untrue. “No, that’s not going to be the case”, the president assertively replied when CNN reporter asked him directly if any connections of him or his wife would come to light in the Panama Papers. It is now known that he has connections to at least one offshore account trough his wife Dorrit Moussaieff, a British company called Moussaieff Jewelers Limited (MJL), which is Dorrit’s family’s business. Today it was reported that the first wife’s family fortune has been kept in a tax haven in the British Virgin Islands. The company in question is called Lasca Finance Limited (LFL); one of the companies listed in the Mossack Fonseca documents, in the Panama leak. It was registered in the Virgin Islands in 1999 and a 10 percent share owned by Moussaieff Jewelers Limited (MJL) was sold again in 2005 to its other two shareholders, the president’s in-laws S. Moussaieff and Mrs. Moussaieff. The Panama Papers mention Lasca Finance Limited (LFL) again in 2005 and in 2005 it seems to be dissolved. A new company emerges in Hong Kong, Moussaieff Limited, with the president’s mother in law as the sole director and shareholder. This company was active at least until March 31, 2015.

President Ólafur Ragnar Grímsson announced only a week ago that he would be running for a sixth term in office, citing uncertainties in the political landscape following the Panama papers and after previously announcing that he would not run. The president has been in office for 20 years and after the sixth term his presidency will have lasted for 24 years, making him one of the longest sitting presidents in the world.