The past few weeks there have been talks of a new kind of farming in Iceland, one that locals are completely unaccustomed to, namely Rabbit farming. The rabbit is either something a magician pulls out of a hat or a beloved pet in the mind of most Icelanders, or at least the cute but surprisingly enduring feral newcomers in Öskjuhlíð, the hill in the middle of Reykjavík.
But they might soon be on the dinner plates.

In the 1940s and 1950s rabbit meat was as common in Europe for dinner as chicken is today, and its still on the menu on the mainland but never quite reached Iceland. Birgit Kositzke, a German entrepreneur has brought small scale rabbit farming to the island, founded a rabbit farm, Kanina ehf., and with the help of Karolina fund, its seeing its first batch of meet and skin production.

Her farm is at Syðri Kárastaðir, close to Hvammstangi in the western part of Iceland. Kositzke maintains that the rabbits are humanly treated, she wants to keep the farming on a small scale, the rabbits have space to move around, clean cages and feel safe to raise their young on a healthy diet of barley and hey. She grew up with rabbits and is concerned for the welfare of her bunnies and she also emphasizes that the whole animal is utilized, the skin is processed into fur in a tannery in Sauðárkrókur in the north. 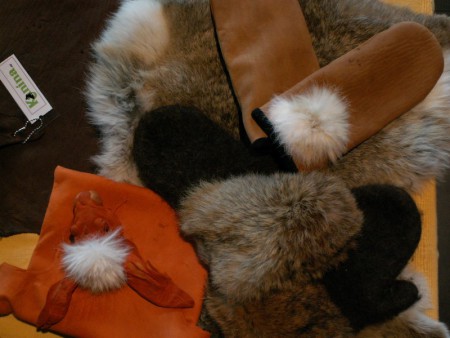 Rabbit farming is receiving mixed receptions, some are deterred by the novelty but others are curious and there have been more positive reactions negative. The kick starter has seen 161% funding, raising just under five thousand euros.

Meat and other products are now for sale in a few selected places, the big food marked, held periodically at Harpa Concert Hall in Reykjavík, Matarmarkaður Búrsins and in the special food store Matarbúrið in Reykjavik.

We might soon see rabbit on the menu in Icelandic restaurants.