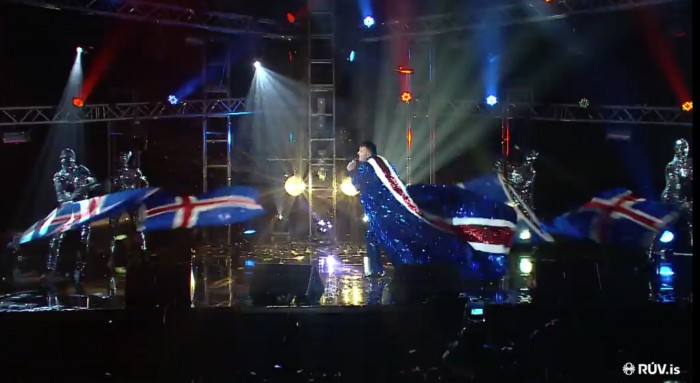 The 2016 Eurovision song contest will be held in Stockholm in May and Icelanders are taking an extra festive approach this year as Iceland’s participation celebrates its 30th anniversary.

Saturday night saw the first of two semifinals for the much-loved song contest held in Háskólabíó and broadcasted life on TV with Icelanders watching in anticipation. Six of twelve songs were performed and three chosen to compete in the finals. The second semifinal will be held next Saturday and the finals in Laugardalshöll on February 20th, so the games are on and tickets can be bought online.

Icelanders displayed their excitement on social media and with tweets overflowing twitter about the performances. Three songs were chosen to compete onwards; Raddirnar (The Voices), Óstöðvandi (Unstoppable) and Hugur minn (My Mind). Beloved pop star and Eurovision specialist Páll Óskar Hjámtýrsson presented a new anniversary song dedicated to the contest; Vinnum þetta fyrirfram (We Will Win Beforehand) with a dazzling performance.