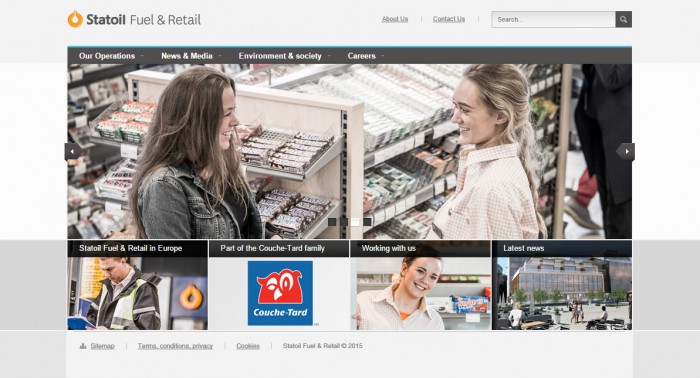 The change will begin to take effect May 16th 2016 as part of Couche-Tard’s goal to unify the names of their fuel and retail stations. Statoil Fuel and Retail was part of the Norwegian oil and gas company Statoil. In 2012, the company was acquired by the Canadian Couche-Tard. Their right to use the Statoil name lasts until 2021. The Statoil name will still exist in the Norwegian oil and gas  company Statoil, the orginal owners of Statoil Retail and Fuel.

According to the Couche-Tard CEO Brian Hannasch, the name change will strengthen the brand and enable it to grow further.

In general, the change in name seems to have gone over well with the Norwegians and according to Couche-Tard, the changes will first be rolled out in Norway and Sweden, and then throughout their markets.

Due to the specifics of that market, Couche-Tard has chosen to keep the Couche-Tard retail brand in the province of Québec in Canada. Canadian customers outside Québec will see the new Circle K brand starting in May 2017.

The global Circle K brand will begin pushing out in the USA from January 2016. The brand will be seen on service stations in Europe as of May 2016.