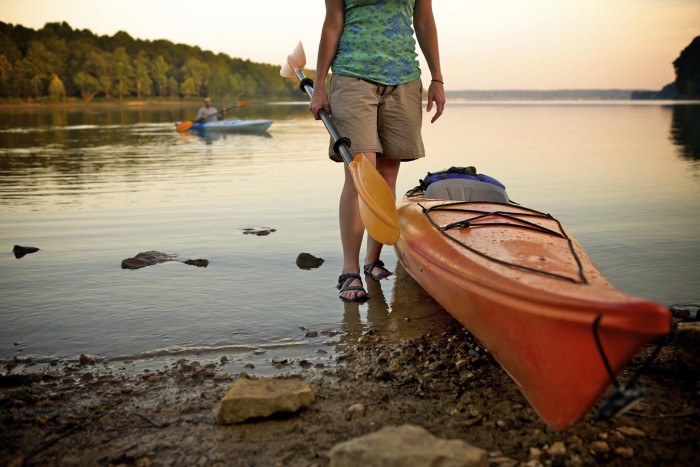 The kiwis recently travelled round the North Atlantic island to seek out the most scenic challenges it has to offer, and discovered a number of idyllic waterfalls along the way.

Brown explained that one of their first stops was the Thjofafoss waterfall, which translates to the Waterfall of Thieves – a name that dates back since Pagan times. He noted that it was about 14 metres in height, but more impressive for the sheer volume of water it carried. He added that ex-athlete Shaun Baker almost drowned their years ago, resulting in it being given the nickname ‘drowning drop’ among kayakers.

The two kayakers then travelled to the Jokulsarlon glacier lagoon at the foot of the Vatnajokull glacier. At 8,100 km sq, the glacier is the largest in Europe outside the Arctic. It is also Iceland’s deepest lake at 248 metres deep.