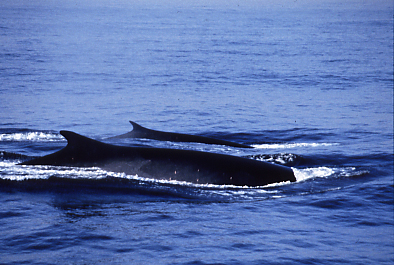 Former Baywatch beauty Pamela Anderson has written an open letter to President Putin, urging him to block the passage of ships transporting 1,700 tonnes of fin whale meat over Russia’s territorial waters to Japan.

Anderson said in her “personal request” that Vladimir Putin should consider their “mutual love for animals” and block the illegal passage of the Winter Bay vessel that is sailing from Iceland over the Northeast Passage to Japan.

Iceland and Japan have faced heavy criticism in recent years due to their stance on whaling, with the former – in addition to Norway and Greenland – failing to comply with an International Whaling Commission moratorium in 1986 banning the fishing of whales.

Japan, meanwhile, continues to fish in the Antarctic but gets around the ban by insisting it is for research reasons only, despite not denying that the meat ultimately ends up as food.

The Sea Shepherd Conservation Society has said that Russian waters are reported to be the only way to transport the whale meat to Japan, while the St Kitts-registered Winter Bay is not prepared to go via the Suez or Panama canals due to international regulations.

Anderson told Putin that he had the power to prevent this “illegal transit” by stopping the ship passing through Russian waters, and urged him to strongly consider the fact that the fin whale was endangered.