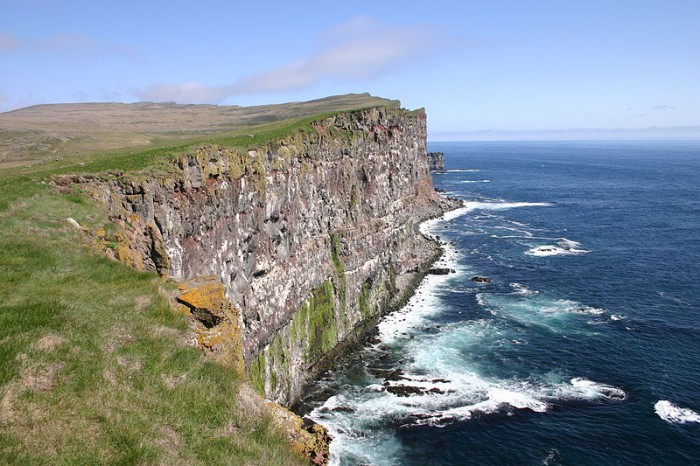 Photographer Kjartan Gunnsteinsson has filmed incredible footage that shows fog cascading down a cliff like a waterfall before pouring into a bay.

The apparent waterfall, which was made up completely of fog, was discovered by Gunnsteinsson when he was out hiking in his native Iceland. Thinking the scene was too good to pass up – and lucky that he had brought his camera along – he was able to record the mesmerising sight on film.

The ghostly footage shows the fog rolling off the edge of the cliff and gently falling into the Breidafjordur fjord in Djupadal below.

The photographer later said that he had been out hiking with a group of friends when they discovered the breathtaking fog waterfall just south of the promontory of Latrabjarg in Iceland’s westernmost point.

He explained that the cold fog was flowing over the cliffs from the north into the fjord, where the air was much warmer. He said that when the fog reaches the warmer air, it drops down to sea level.

His initial pictures on Facebook were dismissed as being fake by some users, but when he later uploaded the video to prove it was genuine the response was more positive, with: “Iceland is world class”, “Like a snow avalanche is sliding down the rock” and “Gorgeous cool” being among the comments.