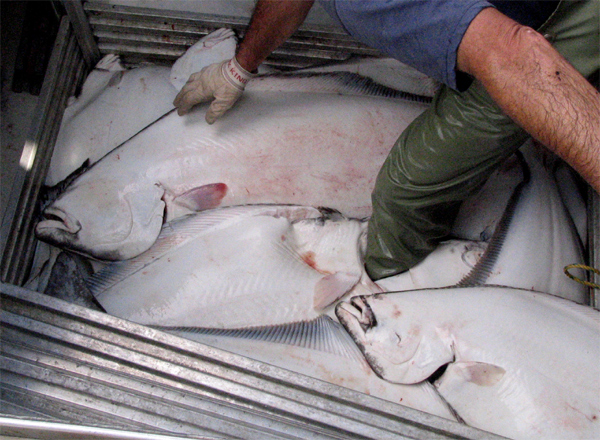 A Swede fishing in neighbouring Norway caught a halibut so big that it would not fit in his boat so instead jumped into the water to get a picture alongside it.

It took fishing guide Erik Axner 20 minutes to haul in the 100kg beast off Lofoten peninsula, and when he finally saw the two-metre fish on the end of his line he was left completely dumbstruck.

Axner admitted that he was shocked by what he saw, explaining that the fish was too big to even fit into the boat. He said that they didn’t want to hurt it so he decided to leap into the water and get some snaps of his prized catch as proof of his conquest.

The fishing guide confessed that it was the first time he had ever caught a fish so large. He said that it was around two metres length and clearly very well fed, before describing it as a “dream fish”.

Atlantic halibut is one of the world’s largest species of fish and, despite his super catch, Axner’s prize remains well behind that of German Marco Liebenow, who set the world record in 2013. The angler, who also hauled his fish in off Norway’s coast, caught a halibut weighing 232kgs.