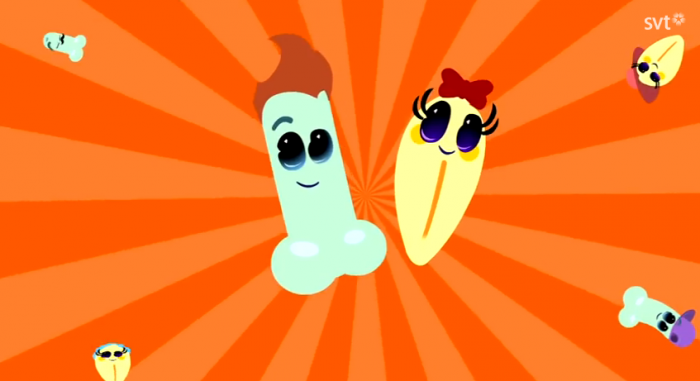 A Swedish music video featuring a dancing penis and vagina that recently went viral and was later listed as “adult content” by YouTube, has triggered further outrage after YouTube lifted its classification.

The idea of the song and video was to give children between the ages of three and six an idea about the differences between the male and female human bodies. It was made for kids’ TV show Bacillakuten, which airs on Sunday on SVT, although a preview went viral prior to the broadcast.

The video was strongly condemned on social media, and YouTube later classified it as “adult rated”, noting that many people might regard it as inappropriate for younger viewers, so it was necessary to confirm users were 18 or over before allowing them to watch it.

However, SVT managed to get YouTube to reverse its classification, informing them that it was neither targeting an adult audience nor “explicit”. The move has not been greeted positively by everyone, with some considering lyrics such as, “The vagina is cool, you better believe it” and “Here comes the penis at full pace” unsuitable for children so young.

Bacillakuten project manager Kajsa Peters described the purpose of the song and video as “educational”. He explained that the idea of the TV show was to teach kids about the human body and how it works, adding that the song’s “playful” approach was the best way for children to learn.

The video had been viewed more than 1.5 million times on YouTube by Tuesday night.