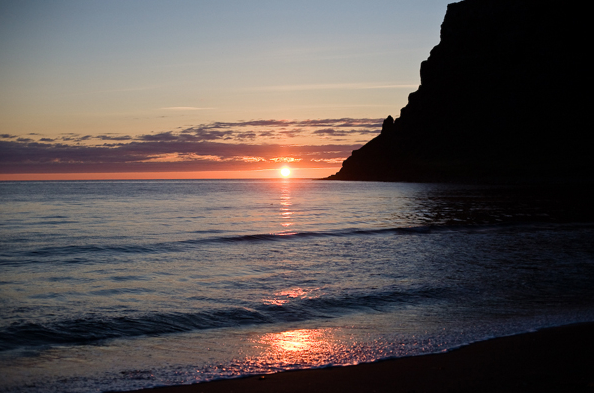 The wonders of Iceland’s Westfjords have been featured as part of a new article posted via CNN’s travel website.

Within CNN’s article, Jonah Flicker writes that the peninsula of Westfjords is Iceland’s most remote region, and only a six hours’ drive from Reykjavík.

The article points out a selection of landmarks and sights in the Westfjords, which make the region unique to the rest of the country – these being Ísafjörður, Bolungarvík, the Museum of Icelandic Sorcery and Witchcraft, and Rauðasandur.

The Westfjords’ most notable town is Ísafjörður, a village with just under 3000 residents situated in Skutulsfjörður. Ísafjörður is noted as being a great, well-equipped area for visitors.

Bolungarvík is small community just north of Ísafjörður, which, according to Flicker, feels like it’s at the edge of the world, with stunning and dramatic views of snow-covered plateaus and mountains.

For those in search of the macabre, the Westfjords is home to the Museum of Icelandic Sorcery and Witchcraft, which showcases Iceland’s most bizarre artifacts, including ‘necropants’. ‘Necropants’ are a pair of trousers apparently made from human skin that were said to grant the wearer financial success.

Finally, Rauðasandur is a red sand beach that stretches for 10 kilometres along the southern shore of the Westfjords. The beach has been noted for its natural beauty and tranquil location.

Driving the twisting routes of Westfjord’s wind- and snow-whipped mountain passes is an exciting and rewarding experience.

CampEasy, a leading campervan rental company in Iceland, offers high quality campervans for visitors looking to explore the Westfjords up close and personal.

Each campervan with CampEasy contains a bed, a sink with running water, a heating system, radio and CD player, kitchenware, and a duvet. Additionally, a professional mechanic checks each van before the rental period begins.