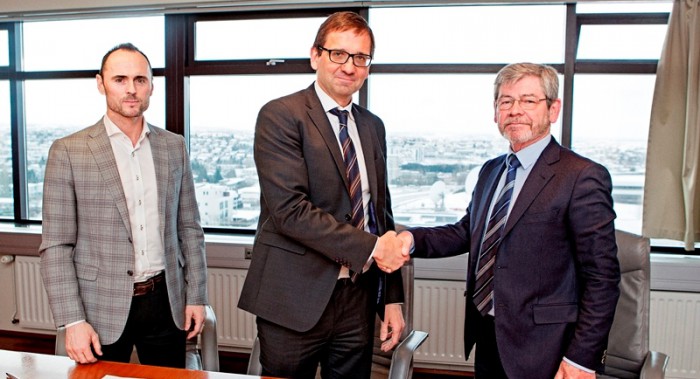 United Silicon is set to build a 20,000 ton metallurgical grade silicon metal production plant which will require 35 megawatts (MW) of power. Landsvirkjun will provide electricity to power the facility in Helguvík near Keflavík on Iceland’s south west coast, which will be derived entirely from the renewable energy sources of hydro and geothermal in Iceland.

“We are very pleased and welcome United Silicon and the silicon metal industry into our growing portfolio of customers. We are confident that silicon metal production will thrive in Iceland for the long term, where power is generated from 100% renewable energy sources. Conditions here are favorable for power-intensive industries to gain a valuable competitive advantage in Europe and globally,” commented Dr. Hörður Arnarson, CEO of Landsvirkjun. “Moreover, we look forward to our long term cooperation with United Silicon as they establish their new operations and develop plans for future growth. We have been impressed with United Silicon’s professionalism and commitment in accomplishing this milestone agreement.”

Joseph Dignam, board member of United Silicon, explained, “During the past year, United Silicon has been evaluating several sites around the world to establish a silicon production facility, there amongst in the Middle East and Malaysia, and we are pleased to have concluded this work and have chosen to establish the plant in Iceland where we believe excellent conditions exist to build and operate a silicon metal plant. We feel strong support from our Icelandic partners, the local and larger community, and we have enjoyed working with Landsvirkjun to achieve the important power contract we signed today, which really enabled us to make the final decision.“

By signing this long-term PPA Landsvirkjun continues to reaffirm the competitive business environment in Iceland.