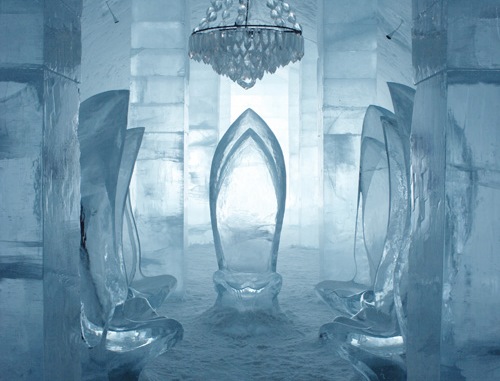 Sweden’s Ice Hotel is giving guests the opportunity to design their own rooms, which will eventually melt when the spring sun arrives.

The pricey suites, which can cost up to $231,000 per night, are among the world’s most expensive. They will be sculpted using ice from the nearby river Torne and will feature original handmade artwork. Visitors to the hotel will be allowed to have a say in their room’s appearance and be given the chance to play a part in the design process.

Each suite will take around two weeks to finish but will melt after just a few months.

The Ice Hotel’s creative director Arne Bergh said one of the beauties of ice is it exists for just a short time and then disappears, noting that it unleashes people’s creative side.

The hotel, which is located near the town of Jukkasjarvi in the far north of the country, is around 125 miles from the Arctic Circle. All the contents of the hotel, including the beds, tables and chairs, are made from ice blocks and snow, are constructed on a yearly basis.

In the springtime, all the suites and most of the hotel melt into the river. Guests will receive blueprints and sketches for the design, photographs of the suite and a bottle with some of the melted ice. The resort opens between December and March.