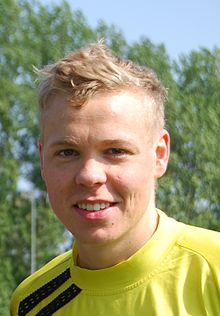 The minnows of Iceland are only two games away from a possible qualification for their first ever major tournament after a 1-1 draw with Norway in Oslo on Tuesday.

The North Atlantic nation, who would become the smallest ever country to qualify for a World Cup should they come out victorious in a two-legged play-off against another second-placed team, faced their Scandinavian rivals knowing they had to match the result of third-placed Slovenia to hold on to second position in the group.

In the end, Slovenia lost 1-0 to Switzerland making Iceland’s result irrelevant, but a point away from home when the pressure was on is sure to give them confidence going into the play-offs, particularly after they managed to salvage an amazing 4-4 draw in Switzerland last month.

Veteran Swedish coach Lars Lagerbäck’s men went in front in the 12th minute when Kolbeinn Sigþórsson latched on to Gylfi Sigurðsson’s through ball. Up until that point it was the hosts who had had most of the game, with Daniel Braaten hitting the post after three minutes and Tarik Elyounoussi making Iceland keeper Þór Halldórsson work early on.

Braaten then cancelled out Kolbeinn Sigtþórsson’s strike on 30 minutes after the ball was cut back from Per Ciljan Skjelbred. The pace of the game then died, with both teams struggling to create openings, although Iceland’s talisman Eiður Gudjohnsen and Birkir Bjarnason went close in the second half.

However, as news filtered through of Switzerland leading, Iceland grew more cautious, aware that they were nearly there. When the full-time whistle sounded there were rapturous scenes among the Iceland players, who are now just 120 minutes away from creating history.