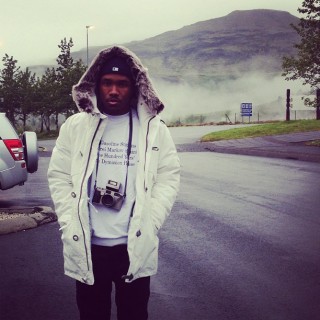 American singer and songwriter Frank Ocean showed support for Icelandic outdoor clothing brand 66°NORTH during his stay in Iceland, which included a near sold-out show at Laugardalshöll in Reykjavík in July.

On his official Tumblr site, Ocean is seen visiting various landmarks across the country including a wintery Þingvellir, black sand beaches of Vík, and Svartifoss at Skaftafell National Park.

Frank Ocean was spotted via mbl.is wearing 66°NORTH’s Snaefell parka jacket during his trip to the popular Geysir hot spring.

The Grammy award winner was in Iceland for his show in Laugardalshöll, which was the final date of his European tour, titled ‘You’re Not Dead’.

66°NORTH is one of Iceland’s oldest manufacturing companies, where it was established in 1926. It has been a long-time leading innovator in the creation of specialised clothing for use in the toughest conditions on land and sea. Over the past ten years, 66°NORTH has grown extensively and is considered an expert in the production of outdoor clothing.