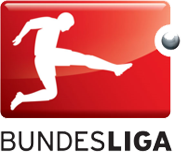 Arsenal and Denmark striker Nicklas Bendtner looks set to seal a £3m move to German Bundesliga side Eintracht Frankfurt. The move to Germany will bring an end to an eight-year career with the North London side, who he signed for as a youth team player.

Bendtner has scored 43 goals in 157 games for the Gunners, but has not kicked a ball for them since August 2011.

The forward spent the 2011-12 season on loan at fellow English Premier League side Sunderland before heading to Italy’s Serie A for the 2012-13 season to team up with Italian champions Juventus on another loan deal. However, he has not scored a league goal since April 2012.

In January, Bundesliga side Hamburg made a move for the big Dane, but he turned them down, claiming he was too big for them.

Reports state that five clubs have now agreed a price with Arsenal for Bendtner, 25, who looks set to head to Germany to secure first-team football. However, Arsenal are also bracing themselves for a late bid from Spanish club Malaga.

Last month, Bendtner said it would not be good for his career to sign for a big club and risk sitting on the bench. He explained he’d rather join a club at a slightly lower level where he is guaranteed first-team football. He added that one step back can lead to three steps forward.