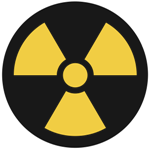 The threat level at all nuclear facilities in Sweden has been raised after an explosive was found at a plant in Ringhals near Gothenburg. Onsite sniffer dogs detected the device on June 20 as the truck on which it was hidden made its way into the reactor area.

“Under the first step onto the truck there is a fire extinguisher and that is where the explosive had been placed,” Gösta Larsen of the Ringhals plant told news agency TT. He added that police suspect the explosive, which was about the size of a fist, was probably made by a civilian and planted on the truck.

“They have all raised the threat level as a precaution,” said Maria Stråhle of the Swedish Radiation Safety Authority (Strålsäkerhetsmyndigheten).

Police have confirmed that no more explosives were found after an overnight search of the entire plant. They are classifying the incident as a sabotage attempt but currently have no suspects.

“We will speak to everyone we think could have information about the incident,” police spokesman Tommy Nyman told TT.