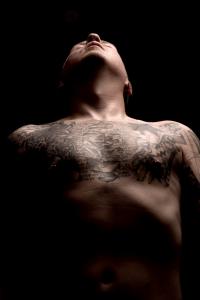 In what some are calling a misguided attempt to provide equal health services for its citizens, Sweden’s health authorities have only caused controversy by deciding to supply transsexual men with free prosthetic penises that don’t get erect. The intentions may have been noble, but most patients would apparently opt for a prosthetic penis precisely for its stiffening capabilities.

Cecilia Dhejne, a sexologist and specialist in psychiatry at Karolinska Hospital in the city of Huddinge, noted: “It’s easy to think that it’s pretty strange to approve prosthetics that can’t get erect, because that is after all what penises do – get erections. It would be appropriate to pay for those as well.”

Ottar, a monthly magazine published by the Swedish Association for Sexuality Education, reported that the prosthetics will be offered to women who want a sex change operation as of 1 January 2009. The Local newspaper states the move was originally conceived as a way to promote equality as Sweden already offers publicly funded breast implants, wigs and hair removal for transsexual women. But the authorities seem to have missed the point with the flaccid penis concept.

In its defence, Sweden’s health authorities claimed they were unable to provide fully-functioning prosthetic penises for free because of laws that ban taxpayers’ money being used for products considered to be sexual aids.

Many is Sweden argue that it’s a case of two sensible laws unexpectedly conflicting to cause one bizarre legal precedent.