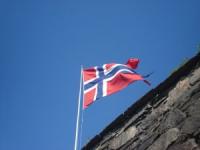 The debate has been raging in Norway for nearly four decades over the vanity-centred issue of whether to allow personalised number plates on Norwegian vehicles. But the newspaper Aftenposten reports that this Nordic nation has finally chosen for the side of freedom of expression.

There are definitely two distinct camps in the issue of personalised license plates: those who think they’re simply fun self-expressions, and those who feel they’re nothing more than an ego trip. The trend started in the 1970s in America, but has only now reached the shores of Norway.

Norwegians have often been accused of not appreciating anyone who stands out in a crowd. Transport Minister Liv Signe Navarsete was one of the first to veto the plan to introduce vanity plates. “Fancy plates are just vanity,” she told news bureau NTB last year. “I don’t want a system here in Norway where car owners can buy themselves a special plate.”

But it seems economic reality has trumped egalitarianism once the government realised it could make decent money from selling vanity plates. After Navarsete saw that public opinion was against her, she lightened up. Highway officials are now developing a data system that will allow Norwegians to create and order their own vanity plates. The system should be up and running next year.

Aftenposten reports that the extra cost of a vanity plate will be about NOK 300, but that has yet to be decided. Car owners can get as creative as they want as long as their choice of letters isn’t considered vulgar or offensive.