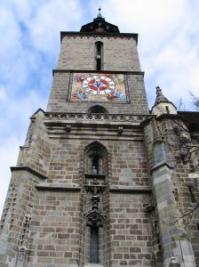 In a surprising partnership, heavy metal music and religion have teamed up to lure the youths of Finland into church. In a real testimony to this Nordic nation’s obsession with heavy metal music, the concept of Metal Mass (Metallimessu) has begun to take root in many of the country’s traditional Lutheran churches, Yahoo! reports.

The music has become even more popular since 2006, when the Finnish band Lordi won the Eurovision Song Contest with its “Hard Rock Hallelujah.” What is somewhat of a niche genre in most of the world is unendingly popular in Finland. The capital Helsinki is loaded with local metal bands, metal nightclubs and even metal karaoke bars. In the summer, Finland hosts some of the world’s most popular heavy metal festivals.

The country’s first Metal Mass was held at the Tuska (pain) Metal Music Festival in Helsinki in 2006. A tour has been travelling Finland ever since. Speaking to the AFP, Mikko Saari, one of the founders of Metal Mass, said “Finns are known to be reserved, serious and very honest … Somehow heavy metal fits into this as it is no-nonsense, honest, straightforward and quite gloomy. This is not the Church’s plan. Bishops did not plan this. It was started by five metal fans, three of whom worked at a church.”

Not everyone in Finland likes to rock out at church, and some metal fans claim the Lutheran church is using its music to lure teens to their faith. But what was once considered the devil’s music, has certainly now found a place in the house of God.