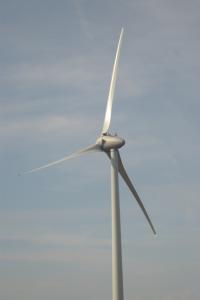 Denmark’s parliament recently approved plans to build the nation’s largest offshore wind farm, which will be located in the North Sea’s Kattegat Strait between Jutland and Anholt Island. The wind farm is expected to be operational by 2012, and will be able to produce 400 megawatts of power. The Climate and Energy Ministry claims this amount of energy will provide the electricity needs for 400,000 homes a year.

Between 100 and 175 wind turbines will stand in the Kattegat Strait. Denmark currently has 5,267 wind turbines, 70 percent of which are situated in Jutland, according to statistics from the Wind Industry Association. In 2006, Denmark’s offshore wind farms provided 22 percent of the nation’s total wind energy production.

Jakob Lau Holst, the director of the Danish Wind Industry Association (DWIA), said the new offshore wind farm will further the country’s aim of reaching the European Commission’s goal to produce 30 percent of its energy purely from wind turbines by 2020. “At the same time it’s also important we don’t rest on our laurels. We need to continuously build at sea and on land over the coming years to reach the goal and to send an international message that we are serious about reducing our greenhouse gas emissions,” added Holst.

Denmark’s climate minister Connie Hedegaard also praised the latest developments, saying, “I’m very happy all parties supported the energy agreement and the location of the wind turbines. It’s important that a broad majority support energy policies, because there’s no doubt that this is an enormous task for Denmark.”