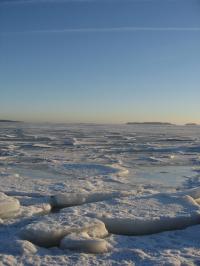 Lewis Gordon Pugh, a 38 year-old environmental activist from the UK, has begun the extraordinary challenge of kayaking 1,200km from Svalbard, Norway to the North Pole. His purpose is to raise global awareness about the rapid disappearance of sea ice within the Arctic region.

This won’t be Pugh’s first trip to the North Pole, however. In 2007 he claimed the distinctive honour of being the first person to swim one kilometre in the frigid Arctic Ocean at the geographic North Pole wearing only swimming trunks. It took Pugh nearly 19 minutes to complete the feat in -1.7 degrees Celsius waters.

Pugh contends that he should not be able to paddle his kayak in the Arctic sea during summer, but since the ice pack is so thin he believes he now can. “I hope I don’t get all the way to the North Pole because if I do get all the way to the North Pole, then that’s very worrying,” he told CBC News. “All our futures will be determined in the Arctic if the Arctic melts, and if we hack down the Amazon, then we do not have a future,” he added.

By making this journey, Pugh hopes to wake up global leaders to climate change. The former maritime lawyer in London is now an adventurer and environmentalist speaking out against climate change and perceived government apathy.