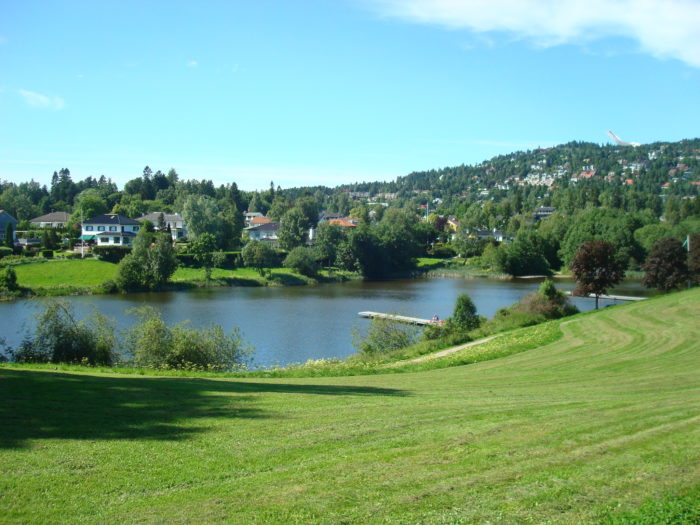 In a rare find, construction work in Norway’s capital Oslo has uncovered a Viking Age grave site filled with artifacts.

The grave contained the remains of a shield and a cape buckle from the Viking era, a very rare discovery in the country’s capital.

The grave was found on the upper side of a small lake called Holmendammen on the west side of Oslo.

Marianne Bugge Kræmer, an archaeologist at the Oslo Municipality Cultural Heritage Management Office, comments, “This location has been a prominent hill, clearly visible in the terrain and with a great view.”

Holmendammen was built at the beginning of the 20th century after the Holmenbekken was dammed.

“The grave was located directly under a thin layer of topsoil and turf right on the east side of the highest point on the site, with a fantastic view west over today’s Holmendammen. This was a valley where the stream Holmenbekken flowed in ancient times,” explained Kræmer.