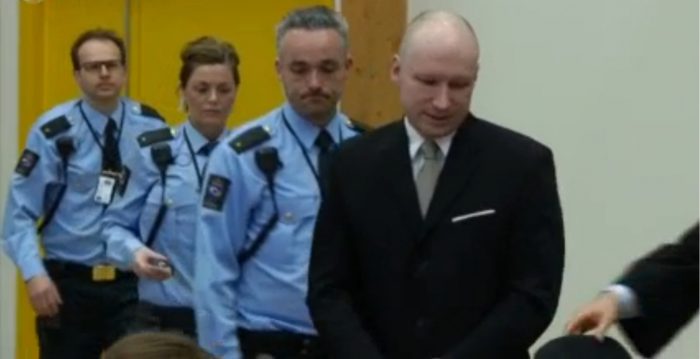 On Tuesday 1st February, mass-murderer Anders Behring Breivik was denied a request for parole by Norwegian court as he remains “an obvious risk” for causing future massacres.

In January, Breivik faced a parole hearing before the Telemark District Court, where he claimed white supremacist views and performed Nazi salutes on the first day of the parole hearing, despite stating he had renounced violent acts. The court disagreeing with his claims of renouncing violence and remains a potential threat.

The district court was unanimous at denying his request, commenting, “The risk of violence is real and significant and equal to what it was when (Breivik) was first sentenced.”

“His stated assurances and word of honor have little value even if he were to mean what he says at the time he says it,” explained the judges.

Currently, Breivik is serving a 21-year sentence for carrying out a shooting massacre and setting off a bomb in Oslo’s government district, the country’s maximum sentence.