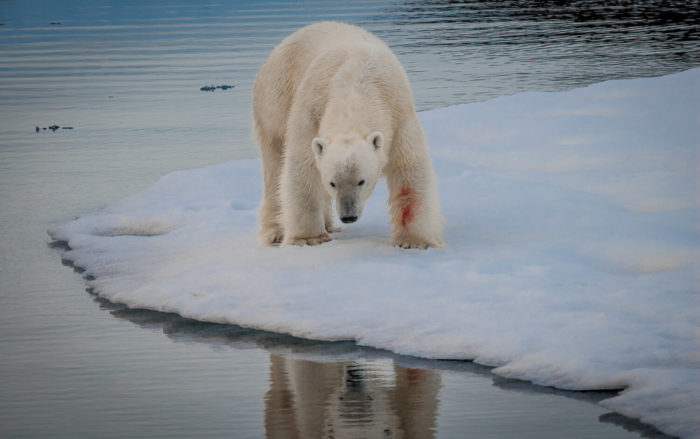 Arctic Hotspots are defined by scientists as those part of the Arctic ocean where marine mammals find their food, mate, grow up and rest. Not just the giants in the Arctic hierarchy; the whales, seals, walrus, narwhals and polar bears.

The existence of those iconic animals depends on the health of their Arctic Hotspots – but so does the existence of seabirds and animals lower down in the food chain as well.

For 13 years a group of international scientists has done an extensive and somewhat unique data collection to identify where Arctic animals spend their time and how important those areas are to their living and wellbeing.

The study was funded by several institutions such as the Research Council of Norway, the Norwegian Polar Institute, the Fram Centre, the Norwegian-Russian cooperation on the Marine Environment, the Bureau of Mineral and Petroleum (Nuuk, Greenland), the Danish Ministry of the Environment and the Institute of Natural Resources in Greenland.

But it was not only researchers and scientists participating. Valuable contribution to the project was made by some 585 individuals of different animal species, who were tagged with sattelite transmitters.

More about this unique project in words and visuals here:
Kings Of The Arctic Need Their Hotspots Better Protected