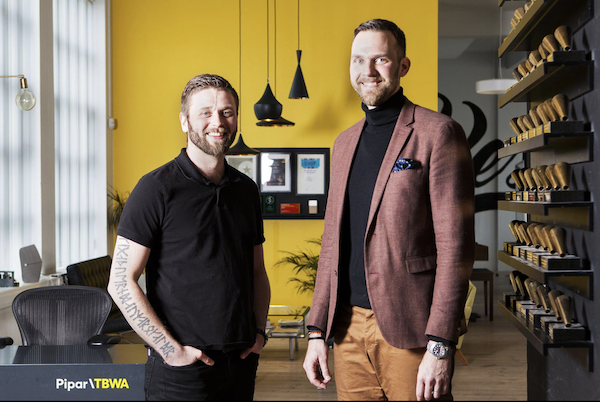 The Engine Iceland, the digital marketing arm of Pipar\TBWA, won Best Online Marketing Campaign in Iceland for Olís Kvizz Campaign as well as being shortlisted in four other categories.

The digital and creative agencies not only received multiple nominations across several categories with their campaigns for Gray Line Iceland, Olís and Taxback International but also won Best Online Marketing Campaign for their Olís Kvizz campaign.

Haukur Jarl Kristjánsson, Director of Performance and person responsible for managing the search campaigns for these clients, is thrilled with the Gray Line nomination in these turbulent times, saying:

“Looking back on the work we did, it was quite challenging. There were fewer tourists coming to Iceland due to the bankruptcy of Icelandic airline WOW Air in early 2019 and in addition to that, there is more competition from car rental services as a viable option for tourists wanting to explore Iceland. In spite of all that, we still managed to increase online sales through search.”

Digital Team Lead Hreggviður S Magnússon, sees the nominations and win as well deserved recognition of the talent and strong work ethic of the team remarking:

“These nominations not only acknowledge the outstanding talent at The Engine and Pipar\TBWA, but also our clients who expect great results from working with us.”

He went on to share how great it was to see the diversity among the nominated campaigns:

“The search campaign for Gray Line Iceland was successful in the midst of very difficult external circumstances. In spite of that, the online sales for Gray Line Iceland went up due to solid strategy and exceptional targeting methods. Olís Kvizz was a great success in the local market in Iceland and created a strong connection between the brand and its customer base. Taxback International is a fintech company in the B2B context with headquarters in Ireland. The Taxback International campaign had two nominations, one for Best in B2B and another for Best Integrated Campaign, which was especially good because, in a sense, it’s like Campaign of the Year.”

Newer PostReykjavík is getting ready for the post-COVID-19 era
Older PostSex, Covid and borders most read content on Icenews