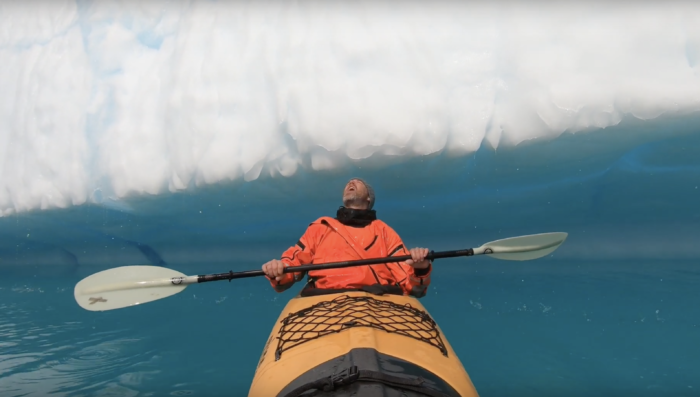 Valgeir Magnusson, aka. Valli Sport, just returned to Iceland from an adventure in Greenland where he was among other things rowing in the wild nature.
“Yes, this was incredible. Just in the wild nature rowing, hunting and surviving in East Greenland. We were there working on a documentary, but you have to use every spare time you have to have fun as well. I was rowing surrounded be icebergs and go thirsty. It was like rowing in a Coca Cola ad, I could not fight the thirst. So in the end I got the freshest water there is, a melting Iceberg that has probably been frozen for thousands of years.”
Here is a videoclip from Valli drinking from the Iceberg: