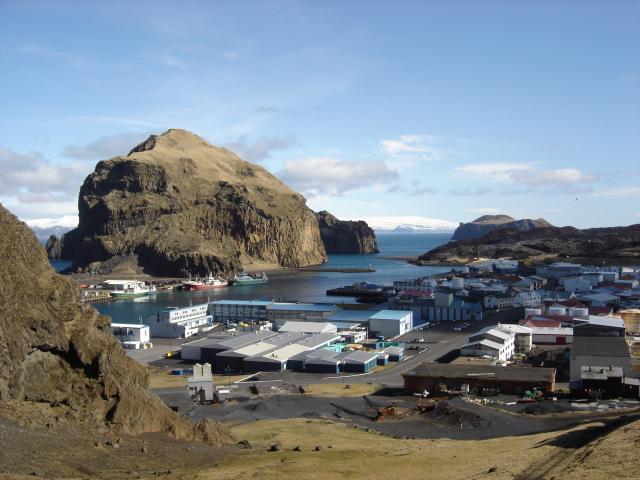 The municipality of the Vestman Islands and Merlin Entertainment are looking into the possibility to establish a Whale sanctuary for captive whales by the islands.

Merlin Entertainment supports practical local projects to protect marine wildlife and their habitats, alongside working on conservation campaigns to effect long lasting change on a global scale. According to Eyjar.net, the idea for the sanctuary in the Vestmann Islands revolves around moving three Beluga whales that currently are held captive in a Chinese marine park. Merlin Entertainment bought the park where the Belugas are held. The company is firmly against wild animals performing in captivity and quickly started looking for a way to re introduce the animals into the wild or give them a more humane life in partial captivity under observation. They contacted the municipality of the Vestman Islands who are looking into the possibility of hosting the three whales and opening up a marine education center with conservational emphasis. The project is in its early stages but both the municipality is not apposed to the idea. They are looking into collaborating with parties in marine biology, universities and the tourist industry. One of the goal would be to educate the public about the welfare of marine life and respectfully portray the life story of those three animals and work towards the welfare of the species as a whole as well as for the greater good of captive marine life world wide. 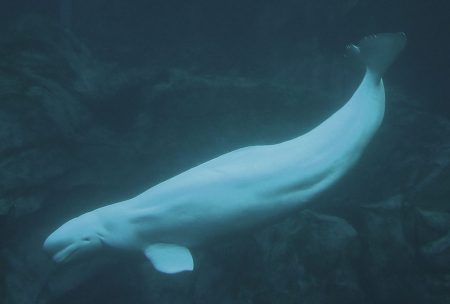 Beluga whale at the Atlanta aquarium. Photo by Greg Hume

The islanders of the Vestman Islands, which are located south of Iceland, are no newbies when it comes to habituated marine life. Keiko the Orca was famously reared back into the wild off the Islands in 1998. Keiko, whose name means “lucky one” in Japanese was captured on the east coast of Iceland in 1979 and sold around between aquariums until he ended up in Marineland in Ontario where he first started performing for the public and developed skin lesions indicative of poor health. He was then sold to Reino Aventura, an amusement park in Mexico City, in 1985. Keiko was the star of the movie Free Willy in 1993 and in the wake of the film and the publicity afforded to the orca Warner Bros. Studio led an effort to find him a better home as his health, both physically and mentally, was deteriorating in Mexico. 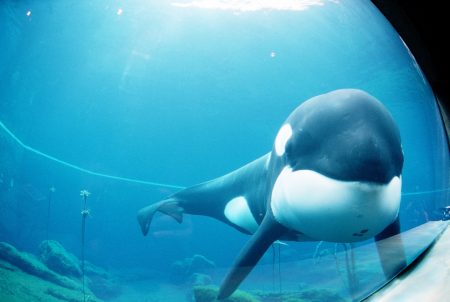 Keiko the Orca and star of the film “Free Willy” as he swims around in his tank prior to being moved from Newport, Oregon to Westman Islands, Iceland.

In 1998, after much preparations and controversy, he was relocated to a pen just of the Vestman Islands in an effort to re introduce him to the wild. Keiko left his pen in 2001 and migrated to Norway under close observation of a team of caretakers and in 2003 Keiko died just of the shores of Norway. Films and documentaries have been made about the effort and since then there is much more awareness about the treatment of marine life in amusement parks.