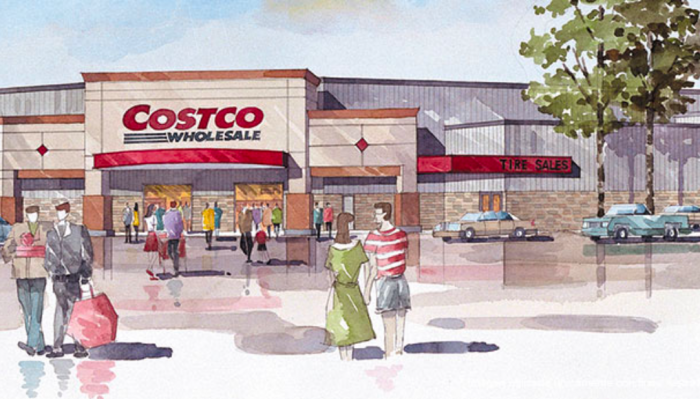 U.S. meber-based warehouse wholesale giant Costco opens up in Iceland today brining a stir of change into the Icelandic retail market. The opening of Costco in Reykjavik suburb today has been in the pipes for the last three years. According to one of the store managers it’s the biggest opening since the store chain arrived in Europe in 1993.

“We have opened in several other countries and I’ve had the privilege to be involved in openings in the UK and in Spain but I’ve never seen anything like this” Peter Kelly one of Costco’s store manager told channel 2 reporter. Prior to the opening Costco had already acquired 35.000 members in Iceland and membership is expected to grow further.

Icelanders are known for embracing novelties when it comes to consumer goods, so the Icelandic shopper went a bit sideways with excitement when the store finally opened theirs doors today, after having been dazzled by promise of opening offers and great prices. Costco however promises that the current rates will keep so Icelanders can take a breath before emptying out the warehouse. The 20,000 square meter warehouse is located in Gardabaer, a suburb of Reykjavik and includes a café, a tire store, a self-service petrol station, an optometrists and an audiologist’s office in addition to the depot.

Costco seems to be bringing a healthy competition to Iceland’s rather stale and pricy retail market for food, groceries and not least gasoline. The gasoline price at Costco is by far the lowest in the country and although the retail sector in Iceland has been bracing for Costco’s arrival for some time, representatives of major fuel companies in Iceland have said in the media today that the arrival of one cheap gasoline station doesn’t change anything, and they don’t expect to lower their prices to compete.