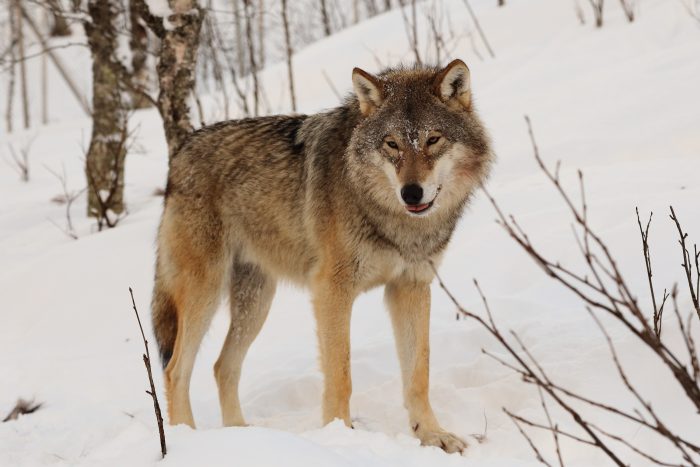 Wolfs have returned to Denmark according to local zoologists who have obtained DNA evidence supporting the claim. At least five individuals, including one female, have returned to Denmark for the first time in two centuries. The wolfs likely came trough Germany, having crossed over 500 kilometres to Denmark’s western region which is the least populated in the country, not to say that it’s not populated, only less densely then the rest of the country.

According to Peter Sunde, scientist at the University of Aarhus, a genetic profile from stools of five wolves has been made, there are four males and one female, but there could be more out there. The European wolf population is slowly resuming. “We think these are young wolves rejected by their families, looking for new hunting grounds,” Sunde said adding that researchers have suspected since 2012 that wolves had entered Denmark and now they have the evidence. The presence of the female is significant, as she might produce the first known litter of wolf cubs in Denmark in two centuries.

The wolf population in Europe is protected by the Bern Convention in Europe and in other Nordic countries, with a returning wolf population, culling of the species is subject of intense dispute between farmers, hunters, the government, the European Union and wildlife activists. The extermination of Northern Europe’s wolves first became an organized effort during the middle ages, and continued until the late 1800s, but the last wolf in Scandinavia was likely the one killed in Finland in 1911.

The five wolfs in Denmark are observed but scientists refuse to reveal their location out of fear that it will attract hunters. “The wolf is an animal we’re not allowed to hunt so we must protect it,” Henrik Hagen Olesen, of the Danish Environmental Protection Agency, told AFP news. Wolfs have been completely extinct in Denmark since the beginning of the nineteenth century when hunters exterminated them.

Newer PostBusses barred from the old city centre of Reykjavik
Older PostTrapped II – To be aired in the winter of 2018, with less snow