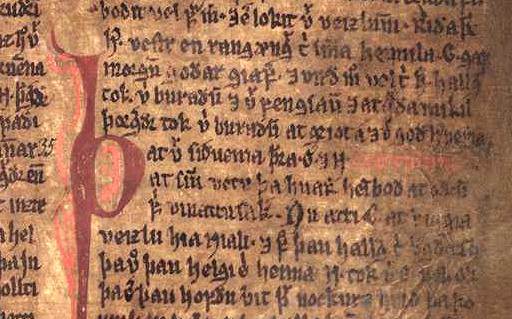 The Icelandic language is likely to disappear in our age of ever increasing computer and internet use according to an article by Egill Bjarnason in UK Business Insider. The reason cited that it’s grammar is to complicated for computers.

Icelandic is considered one of ten most early languages spoken in the world today. It’s an Indo European language from the North Germanic branch. Most Germanic languages have streamlined themselves and lost some features while Icelandic has been preserved in a more traditional way and thereby retained many of those features from the olden days. The ancient scriptures of the Sagas and the Nordic mythologies preserved at the national library in Reykjavik can famously still be read by modern Icelanders, the language is so well preserved, probably do to the geographical isolation and love of literature.

According to the article “the revered Icelandic language, seen by many as a source of identity and pride, is being undermined by the widespread use of English, both for mass tourism and in the voice-controlled artificial intelligence devices coming into vogue.” The article goes on to cite linguistics experts who worry whether a languge spoken by fewer than 400.000 people “in an increasingly globalized world” can survive.

A strong shield maiden of the Icelandic is former president Vigdis Finnbogadottir. She has long spoken for active preservation of the language through education and active use. According to the article the latest threat to the language she’s concerned about is programing. “She is particularly concerned that programs be developed so the language can be easily used in digital technology.” She warns, “Otherwise, Icelandic will end in the Latin bin.” The Vigdis Finnbogadóttir Institute of Foreign Languages was set up in her name. It’s a research institute within the University of Iceland, a research centre for scholars who teach modern languages and cultures, the classical languages, and translation studies, and one of its projects is preservation.

But its an uphill battle, in a time when everything has to happen fast, and old language with complex grammar has a hard time catching up with the digital age.

The full article can be read here.