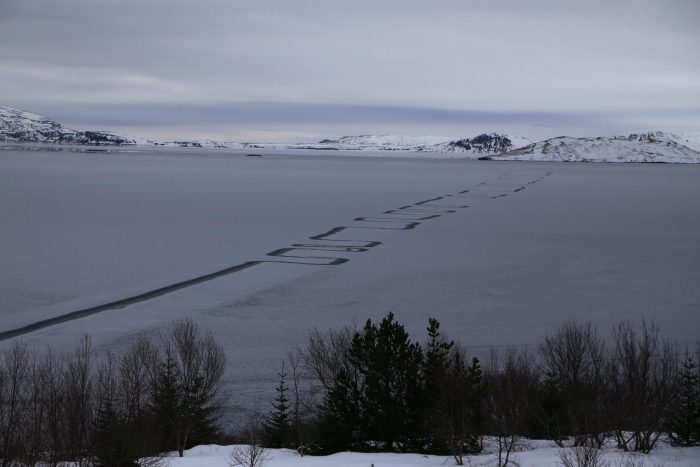 Thingvellir National Park posted images to their Facebook wall today of strange formations in the ice covering Lake Thingvallavatn, with the following information:

“Lake Thingvallavatn used to have solid ice cover from around early January until spring. For the last 15 years solid ice cover on the lake has not formed as solid as in the past due to increasing temperatures. The lake has gathered partial ice cover for shorter periods and more unstable. For the past couple of weeks a thin ice has been on big parts of the lake. Today someone noted a strange looking pattern in the ice cover which is still unexplained and locals have not seen before. Here are some photos but it will obviously disappear in few days or weeks.”

According to Wikipedia the phenomenon is known as Finger rafting and occurs when two sheets of ice on a body of water different textures interlace on top of each other. This can be due to two different kinds of water, salt water and freshwater freezing together, or the different age and thickness of the ice. On lake Thingvallavatn which is the largest body of fresh water in Iceland, the phenomenon of Finger Rafting has never been seen until now. 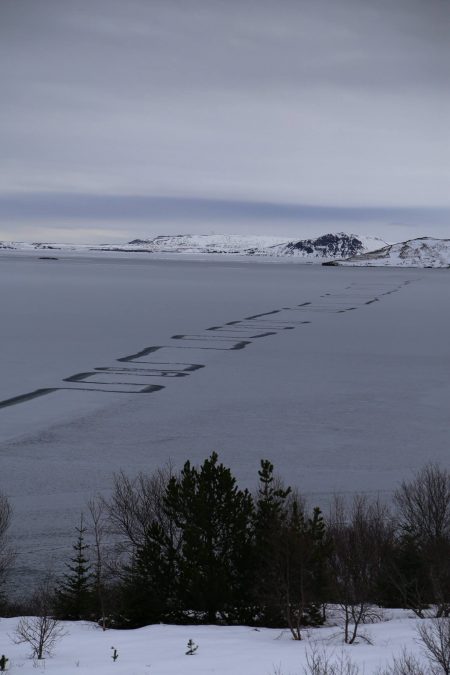