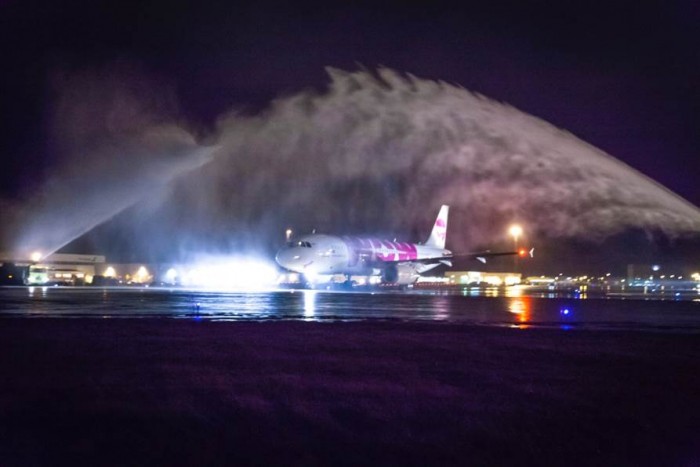 Wowair was Iceland’s most punctual airline in February, according to Dohop’s calculations.

Icelandair, Wowair and EasyJet are the three biggest airlines flying through Keflavik airport. According to Dohop all three airline did better in February than January. Wowair boasts 80% punctuality in February, which is considerably better than January when 57% of the airline’s flights were on schedule.

Dohop is a cheap flight search engine released in 2005, they regularly release information according to their calculations of most punctual airlines flying trough Keflavik airport, using data from Isavia. February seems to have been a good month in terms of punctuality as 77% of all flights to and from Keflavik airport was on time.

In January however, Wowair was the least punctual of the three airlines, with Icelandair sporting as the most punctual, according Dohop, Icelandair then had an average “on time performance” of 71%.