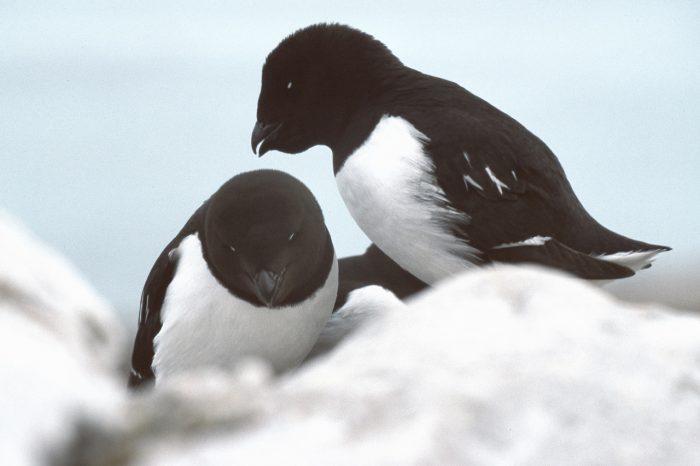 According to a RUV report an unusual number of dead black seabird is washing up on the northern shores of Iceland this winter. The birds are washing up emaciated so biologists conclude the most likely cause of death to be malnutrition. It’s not unusual that seabirds wash ashore over the winter months but reports about the unusually high number in some areas are startling.

Yann Kolbeinsson biologist with the Icelandic Institute of Natural History said the bird is found dead mostly on the shores in areas in the north of the country. “Its all kinds of black seabirds, mostly it’s the Common Murre and the Razorbill, but we have received reports and seen photos of dead Puffin, Thick Billed Murre and Little Auke. But the largest numbers of deaths seem to be of the Common Murre.” Kolbeinsson informs, he goes on to tell that malnourishment seems to be the most likely explanation, all thought this has not been verified with extensive research. 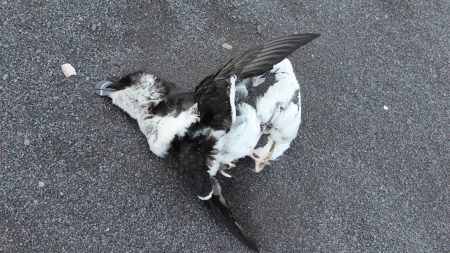 “The birds that are found are withered and judging by previous research in years where unusual amounts of birds are washed ashore like now, where the birds have been gathered and autopsies have been made, in almost all cases malnutrition was the cause”. Kolbeinsson goes on to say that its not fully known why the bird isn’t feeding “If it has to do with access to fish, the fluctuation of zooplankton organisms in the sea or simply the weather this year, is harder to determine”. 2014 also saw reports of large numbers of dead seabirds around Iceland and in recent years winters where seabirds die amass seem to be more frequent.

According to the site of the Icelandic Institute of Natural History “Seabirds make up an important part of the biota of polar seas, and Iceland is home to large seabird populations. For some seabirds, such as razorbills and puffins, Iceland’s coasts are the species’ main breeding grounds. The importance of seabirds in the Icelandic ecosystem and the international importance of Iceland as a breeding ground for these species mean that it is critical to keep close track of their numbers on Iceland’s shores”.