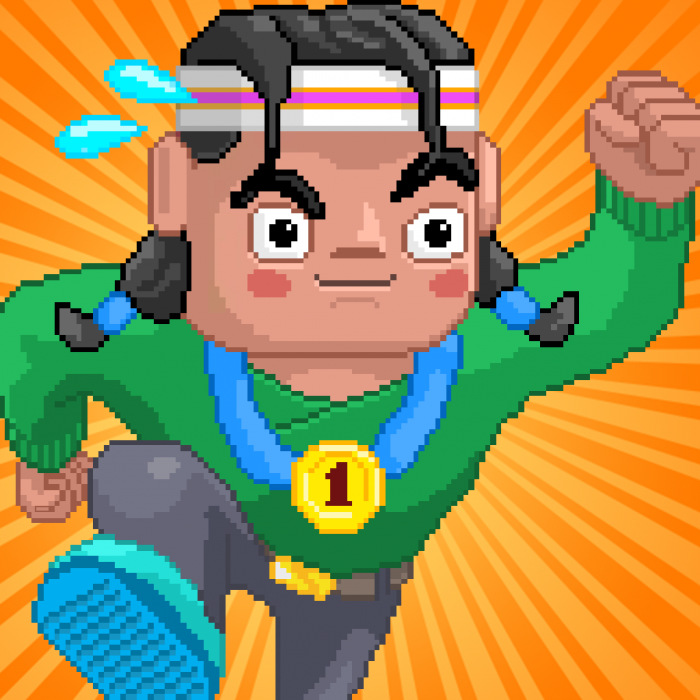 Klang Games has announced the release of ReRunners, a competitive racing platformer for mobile devices.  In a world of “idle” mobile games that ask players to sit back and watch a game play itself, ReRunners puts the “play” back in gameplay with fast-paced racing action requiring actual skill. Run, jump, and use devious weapons to become the fastest runner of all time! Published in partnership with Tilting Point, ReRunners is available now for free on the App Store and Google Play.

Berlin based Klang Games is an independent developer formed by veterans of Iceland’s CCP Games (EVE Online) and unique artists, and backed by an investment from London Venture Partners (Supercell, NaturalMotion, Playfish, Unity). With ReRunners, Klang set out to create a mobile game that respects real gamers and offers a core gaming experience accessible anywhere. While the game focuses on multiplayer races, it does so asynchronously by allowing you to race against the ghosts of other players, thus enabling anyone to play against their friends or other people you don’t care about, at anytime!

“We wanted to create a game that offers players a deep multiplayer experience, without overcomplicating the gameplay. Depending on how a player chooses to play, ReRunners can be one of the most sweat-inducing, thumb-trembling, competitive mobile gaming experiences ever. Or, a casual, open-world platformer, perfect for bathroom breaks. What thrills me is imagining how skilled players will become; the ReRunners Beta community has already set the bar high, outdoing the Devs. I can’t wait to see how the battle for becoming the ultimate Runner will turn out!” commented Mundi Vondi, Co-Founder of Klang Games.

The ReRunners experience goes beyond just racing by offering players a vast and surreal open-world environment to explore. This colorful land holds a variety of things to collect, hidden stars to grab, and fruit to replenish your character’s energy.