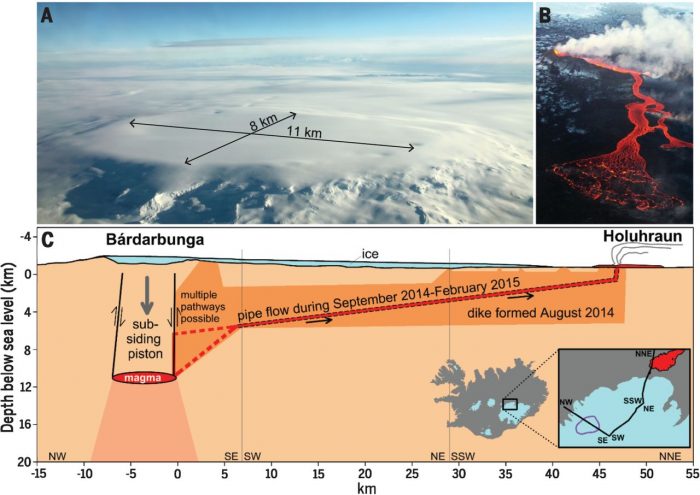 A collective study published by sciencemag.org reveals a new understanding of the causes of some the largest eruptions in Icelandic history. The Bárðabunga eruption last year in Holuhraun north of the Vatnajökull ice cap, in the Icelandic Highlands, is the biggest eruption in Iceland in two centuries and the first one in history to be properly monitored. Scientist were able to place a number of measuring devices in and around the caldera during the eruption and monitor it quite closely. They published their findings yesterday. 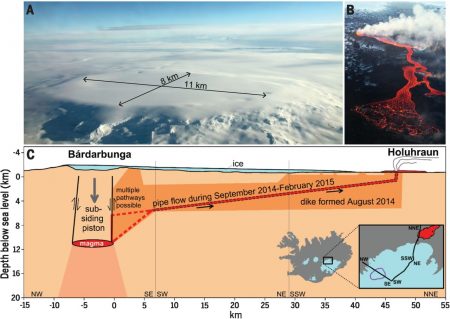 Featured image is from Sciencemag.org

The eruption was “announced” by a series of earthquakes starting on August 16th 2014 and a few days later the caldera started to collapse in Bárðabunga. It took the magma two weeks to make its way to the surface of the crust and on august 31st the eruption started. The flow of lava lasted until February 27th leaving a brand new lava field of more than 85 km2, the largest since Skáftáreldar in 1783. Skaftáreldar is Iceland´s most notorious eruption, thought to have contributed to major events in Europe’s history and clearly had a major impact on shaping Iceland’s history. The long eruption caused crop failure and famine known as the Móðuharðindin, with many Icelanders abandoning the island and settling in Canada and the US. The eruption and its aftermath caused a drop in global temperatures as well when sulfur dioxide was spewed into the Northern Hemisphere. This caused crop failures in Europe. The eruption has been estimated to have killed over six million people globally, making it the deadliest in historical times according to a Wikipedia article. 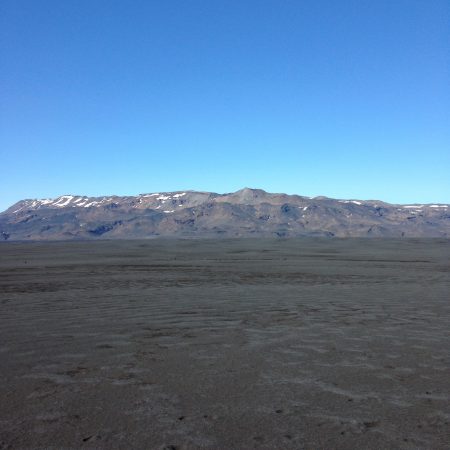 The new Holuhraun seen from a far