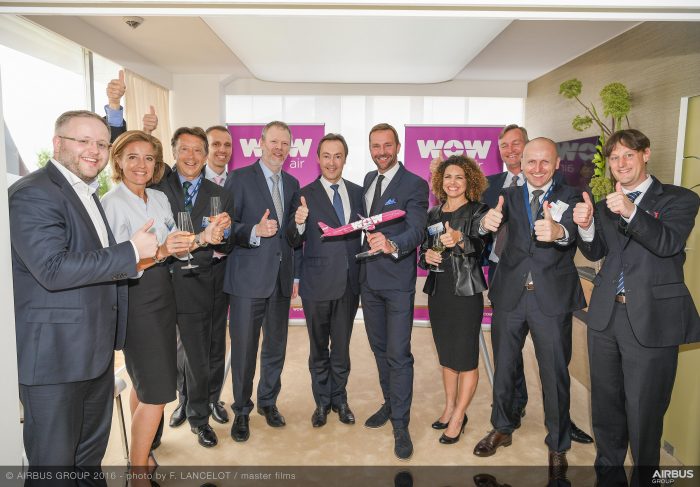 WOW Air, Iceland’s only low-cost airline and the worlds only ultra-low-cost transatlantic airline just signed up for four new Airbus A321’s to be delivered in 2017 an 2018.  According to Skúli Mogensen, founder and CEO of WOW he and his team are thrilled to be adding these brand new A321 aircraft’s to their fast growing fleet that averages 2.5 years currently  making it one of the youngest in the world.

WOW air is becoming one of the leading low-cost long haul airlines in the world and we look forward to expanding even further through our successful partnership with Airbus.

WOW air was founded in November 2011 by Icelandic entrepreneur Skúli Mogensen, the purple airline flies with Airbus A320, A321, A330 models and is ranked as the 7th  best low-cost airline in Europe at the 2013, 2014 and 2015 Skytrax World Airline Awards being the youngest airline in the top ten.

With the average age of their fleet at 2.5 years, this is the first direct buy the airline does with Airbus.