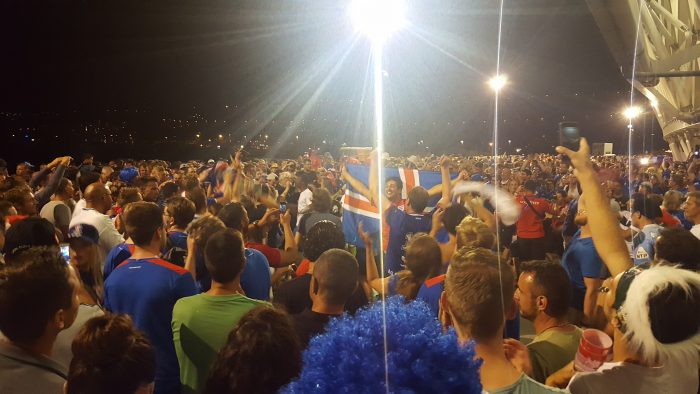 Its been interesting to see the reactions of people around France using the “HÚH” the Icelanders used during the Euro 2016. There have been mixed emotions and in many cases rather negative, but you could also see some very positive and those in most cases had to do with France showing Iceland respect.
These mixed emotions prompted Paul Pogba (soon to be one of the worlds most expensive football player) to react and emphasizing that it the “HÚH” done by the French players was done as a respect to the Icelandic team.

Lets not make the “HÚH” a divider, it should unite.

This is important for multiple reasons, the reactions and comments of people like Joachim Löw the German coach on the Icelandic and Wales teams involvement in the football tournament and Ronaldo’s comments on the game Portugal played against Iceland and to us at Icenews this is important because the recent and rather racist comparison of the Iceland and French team has shown how far misguided people are willing to go to divide and create turmoil.

France, how arrogant of you to do the Iceland thing with the audience after having kicked them out. #GERFRA https://t.co/WJ6Ig0U6gG