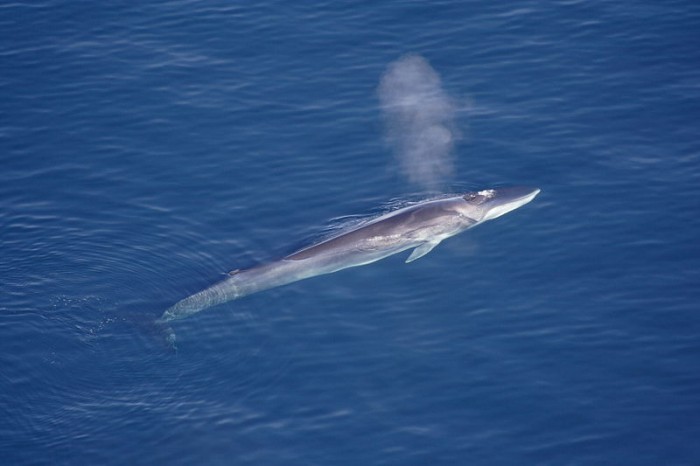 Iceland has a love hate relationship with whaling, some are for it and want to have the meat available in store and others are against it largely citing the inhumane method of killing large intelligent mammals and preservation reasons. In February the largest whaling company in Iceland announced it was calling off this year’s hunt, thus sparing the lives of around 150 fin whales. The reasons the whaling company Hvalur HF named were the Japanese marked conditions, the world’s primary market for whale meat. Hvalur’s CEO Kristján Loftsson told reporters his company wouldn’t hunt this year due to “outdated” food regulations in Japan.

The minke whale however is being hunted for the domestic market and so far this year six animals have been killed out of the quota of 224 individuals in 2016. Fresh minke whale meat is available in stores again, after having been sold out for a while, as the hunt last year was delayed due to a drawn-out strike of veterinarians in Iceland.

Informative interviews with locals in documentary

A new German documentary has been released that attempts to outline the ongoing clash between Icelandic whalers and animal rights groups and the whale watching tour industry, whose guides know the animals and their behavior individually. German filmmaker Marc Pierschel released his new film ‘184‘ that portrays the efforts of the German NGO Hard To Port which used camera equipped drones and mobile apps to uncover Icelandic whaling in their 2015 campaign.

There has been a strong international opposition to Iceland’s whaling program for several years and an increasing number of Icelanders express their concern about the so called “invisible industry” according to a press release from Hard To Port, who inform that in his documentary, Pierschel includes informative interviews and opinions from local scientists, businesses and animal welfare advocates regarding the whaling question.

Animal rights advocate Arne Feuerhahn from the NGO Hard To Port argues that the whale hunt is inhumane and in-transparent. “There is no way to kill whales humanely. The same animals that people get to see during a whale watching tour might get killed just a few miles further out on the same day. The killing practice is horrific; it is a well-hidden form of animal cruelty that is largely shielded from public scrutiny. Our campaign intends to shine a light on the whaling activities and inform Icelanders as well as visitors about how much these animals suffer when a harpoon strikes them. There is no place for such a cruel act of killing a sentient animal in the 21st century”. 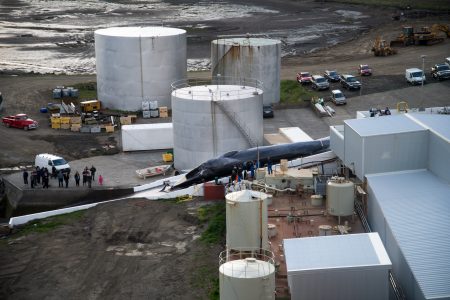 The NGO Hard To Port is scheduled to return to Iceland this summer to oppose the hunt for minke whales in Icelandic coastal waters as part of their educational ‘Whaler Watching’ campaign.