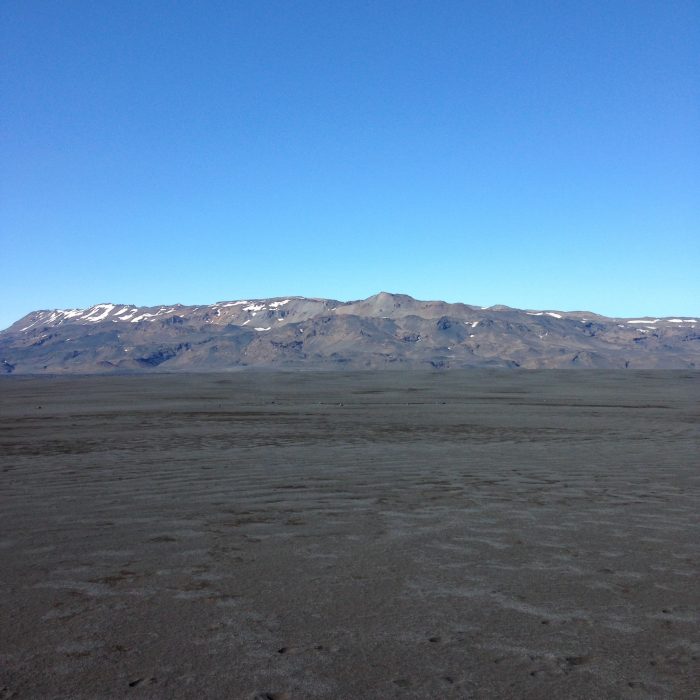 Holuhraun is a new lava field just north of the Vatnajökull glacier, in the North-eastern Region of the Icelandic Highlands. The lava field was created by fissure eruptions from Bárðabunga volcano, they began on August 29th in 2014 and produced a lava field of more than 85 km2 wide, the largest in Iceland since 1783. The eruption lasted for almost six months, until February last year, with the lava flowing over a wide stretch of land, changing the landscape, including the path and temperature of Jökulsá, a glacier river flowing from underneath the Vantajökull ice cap, resulting in the river partly heating up so that people who ventured up on that part of the highlands were able to bask and bathe in it surrounded by the fresh black lava.
The last earthquake was at 7am this morning and measured 4.4 on the Richter scale, the biggest one measured since the end of the eruption in February. Right now there is considerable seismic activity in Bárðabunga and scientists are keeping a close eye on it, the events up there are unprecedented and so scientists are observing with great alertness. Normally there would not be such strong seismic activity so soon after a caldera subsides. According to geologist Magnús Tumi Guðmundsson much more activity is likely needed before we can expect an eruption to start up again. It might be that the caldera is filling up again or simply levelling out after the 2014 eruption, but there are only one hundred such calderas to support the scientists in their theories and about a hundred years of recorded history with only the last few dozens of years truly reliable. Scientists are also keeping a close watch on the geothermal temperature in the area might be rising, and its important to monitor, as it might result in water accumulating en mass under the ice cap and later resulting in a huge run-off. A team of researchers are preparing a trip up to Bárðabunga in the first weeks of June to install new measuring equipment to be able to better monitor the activity.