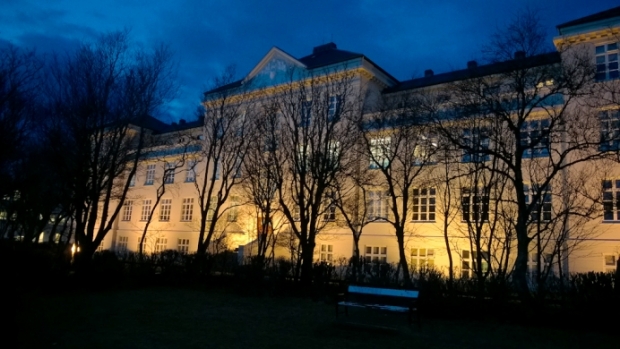 Representatives of the political scene in Iceland took a front row seat in the lecture hall of deCODE genetics, Inc. in Reykjavik last week when Kári Stefánsson – neurologist, CEO and co-founder of deCODE Genetics – handed the signatures of 85.000 Icelandic citizens over to the government. The demand revolves around parliament assigning eleven per cent of annual revenue to run the healthcare system.

The petition is called Endurreisn [Restoration] and has been circulating for a few weeks, it revolves around the decline of the health care system in Iceland drawing attention to the Icelandic government dispensing far less to the health care system than our Nordic neighbours and to correct this, it calls for the government to devote at least 11% of public revenue to health care, apposed to the current 8.7%

Endurreisn is the most signed petition in Iceland so far, Stefánsson pointed out in his lecture where he encouraged the government to take head, the message is clear; We must do better when it comes to our healthcare system. Kári told Fréttablaðið reporter that he would do anything he could to make health care the biggest issue in the upcoming elections. Landspitali University Hospital has been allowed to fall into decay, has been increasingly starved for funding, is understaffed and needs an overhaul where dated equipment is concerned. He also pointed out that the increasing amount that patients are made to pay in health care is unacceptable. “Health care in Iceland should be for free, we want our sick and injured taken good care of ” Stefansson said.